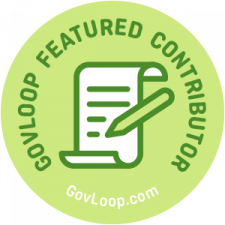 Several year ago, I wrote a blog series about the four envelopes that federal IT must “push” to restore public confidence in our capability to deliver superb citizen information technology services several years ago here on GovLoop.

Now I want to revisit and bring the first envelope up-to-date and focus in much greater detail on each of the remaining envelopes too over the next several weeks.

What Has Happened (and What Hasn’t)

A lot has happened to the program and project management scene in the federal space since my first several blogs.  But unfortunately, a lot has failed to happen too.  The single most important event was the passage of the Program Management Improvement Accountability Act (PMIAA) in late 2016.  One of the last pieces of legislation signed into law by the Obama administration, this act sought to improve both program management practices and the overall federal approach to program management by reshaping how the federal government staffs the roles that are instrumental to program management within the federal workforce.

Among the actions required by the act, the Office of Personnel Management (OPM) has provided a competency list to the Chief Human Capital Officers (CHCOs), Human Resource Directors, and the CXO Councils.  Regrettably, producing this list took over two years and is the precursor to the PMIAA Job Analysis Survey, which has still yet to be released almost four years after the act was passed.

Worse, for the information technology sector of the federal government, both the competencies and the impending survey are focused on the 0340 and 0343 federal job series, which cover the general Program Management series and the Management and Program Analyst series, and not the 2210 IT Program Manager series, which focuses on IT programs and projects. Worse still is the lack of focus on the role of the acquisition workforce: Actual program and project management skills are a barely-mentioned technical competency among the 51 competencies listed and even then not highly ranked in determining grade qualifications for GS-13, 14 and 15 positions.

To keep track of performance under the act, the Government Accountability Office was required to prepare a report to the relevant congressional committees three years after passage of the PMIAA. That report noted that the Office of Management and Budget (OMB) and OPM had begun to implement the act but that the 5-year strategic plan had thus far produced less than detailed standards, and there was no systemic process in place to develop and maintain those standards.

Worse (again), the Program Management Policy Council (PMPC) established by the act has met only a few times over the intervening four years with highly volatile member participation by the CFO Act departments and agencies.  OMB and OPM have missed every deadline in the act, and the strategic plan, published six months late, is not scheduled to be updated until the fourth quarter of 2021. Clearly, implementation of the PMIAA is not a high priority for any of the participants identified by the act.

Given the observed miserable performance on implementing the PMIAA, how does the federal government recover momentum and deliver on providing transparent program and project management envisioned by the first envelope?  Suggestions include:

While OMB has a portal for the PMIAA on the private MAX web infrastructure that is only open to federal employees, the GAO report identified the lack of a governance structure for further development of the needed standards.  A good next step would be to open the portal to input from the academic community and the public at large.  One of the key goals of the PM envelope I’ve proposed is transparency.  Such a portal would be a valuable first step toward achieving that goal.

Keeping your resume fresh while at home

In Praise of Grinders: They Get The Job Done