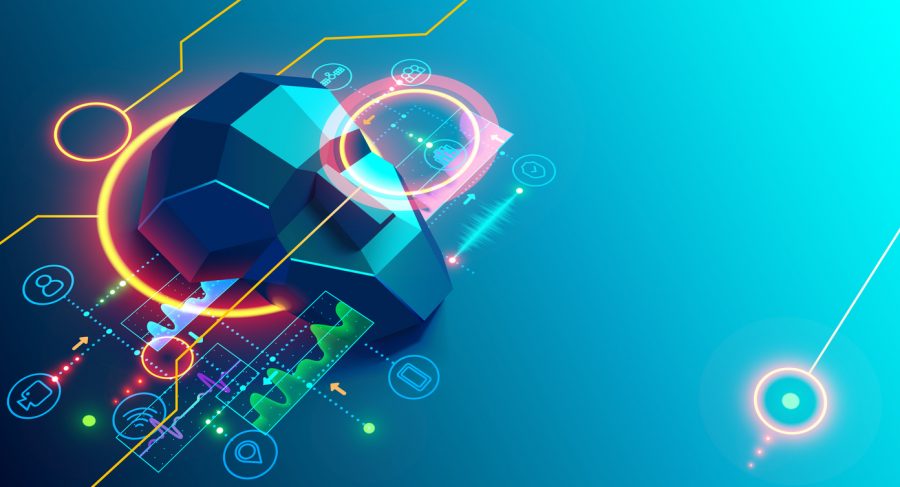 More than a year ago, the New York Times reported that Amazon had successfully received two patents for wearable technology. Instead of being used for consumer tech, however, these wearables were meant to be worn by Amazon warehouse workers. Amazon patented the dual ability to track a worker’s physical position including hand location, as well as send targeted noises and vibrations to the device – also known as haptic feedback.

While it is not clear if and how exactly Amazon plans to deploy this technology, the potential is frightening. Today, most Amazon warehouses rely on “cobotics”, or the collaboration of robotics and human interaction. Humans still work in warehouses because robots are unable to grasp and sort items like the human hand naturally can (so far). If these patents are improperly used, one can imagine a truly dystopic world. Picture a warehouse worker diligently taking items from an Amazon robot but is suddenly shocked (“nudged”) for putting a copy of 1984 in the wrong sorting bin. Scary place to work, huh?

A Brief History of Scientific Management

To fully understand the basis of this type of technology, we must first have a brief history lesson. 100+ years ago, a new model for how to manage work emerged. With the advent of the assembly line and mass migration towards factory jobs, managers sought an organizing and operating framework to guide them. Enter Frederick Winslow Taylor and his philosophy of scientific management.

Also known as Taylorism, his school of management focused on how to maximize worker output through detailed analysis. He aimed to measure every action along the assembly line to understand how it could be optimized. For example, how long should it optimally take to affix a bolt to a car door? How many widgets should a worker produce per day? And most importantly, what process changes are required to increase output?

Taylorism ushered in the transformation of work. We moved from craft production to mass production. Speed, volume, and productivity were idolized. Likewise, it increased the use of tools, prescriptive processes, and formal documentation over the prevailing informality and worker-to-worker knowledge transfer of apprenticeships. Under scientific management, operational efficiency became king.

But We Can Only Manage What We Can Measure

In the 100+ years since its conception, the principles of scientific management have unlocked tremendous productivity gains. It has made most consumer products far, far cheaper to buy and cultivated an economy (for the most part) that is far more predictable. Indeed, the rise of automation (and even outsourcing) can be linked largely to the broad embrace of scientific management.

Thanks to a devotion towards measurement and optimization, we (as managers) understood the limits of human capability. We turned to robots to execute repetitive tasks faster, with less error, and at a lower cost. Along the way, however, something strange happened. The ongoing shift away from blue-collar work towards white-collar jobs that Taylorism catalyzed rendered Taylorism increasingly anachronistic – at least in the developed world.

At its core, Taylorism aims to simplify (read reduce) human actions to entirely predictable, measurable almost machine-like behaviors. The top-down, command-and-control nature of scientific management is inherently at odds with more modern “knowledge work.”  Indeed, modern management thinking suggests that workers shouldn’t be told how to work. Instead, they should be inspired by what to solve for. Today’s workplace is full of shiny mantras such as “embrace employee creativity” and “employee empowerment”. Micromanagement, once the status quo, is a four-letter word. We live in a world where output is less about producing tangible goods and more about conceiving intangible ideas. As a result, managers have realized that the traditional separation of planning for the work and the actual doing of the work makes little sense.

Hurray for humanity, right? Not so fast.

While most firms have publicly eschewed many of the core principles of Taylorism, there is growing evidence that it is returning. It is returning in a more nefarious and digitized form. Sales professionals are automatically tracked based on the number of phone calls they place. They are monitored by IP telephony that is connected with CRM software. Call center workers have their customer calls monitored, mined using natural language processing tools, and optimized to minimize the number of staff members. Some tech firms are rumored to have deployed software to silently observe their engineers’ productivity and code quality using artificial intelligence. All of this in the name of efficiency, optimization, and productivity.

The future of work from both a practical and political perspective is beyond the scope of this post. There is simply too much to digest and too much to debate. Artificial intelligence, machine learning, and robotics will undoubtedly and fundamentally alter the labor market and not always for the betterment of all workers.

To be clear, I am no troglodyte. Technology has made the world writ large more prosperous, healthier, and generally happier. One need only look at global statistics over the last 40-50 years to become a believer. To build the future, we must do away with (some of) the past.

However, leaders in government and industry must be thoughtful and circumspect as we race to the future. We must consider not only the implications of replacing humans with machines, but also the fallout of treating humans as machines along the way.

Great post, thanks for sharing! A very important reminder that technology should be considered through the lens of how it affects people.

Keep an Eye on the SIPA UserCon

How to Show Appreciation Personally When You Oversee a Large Group