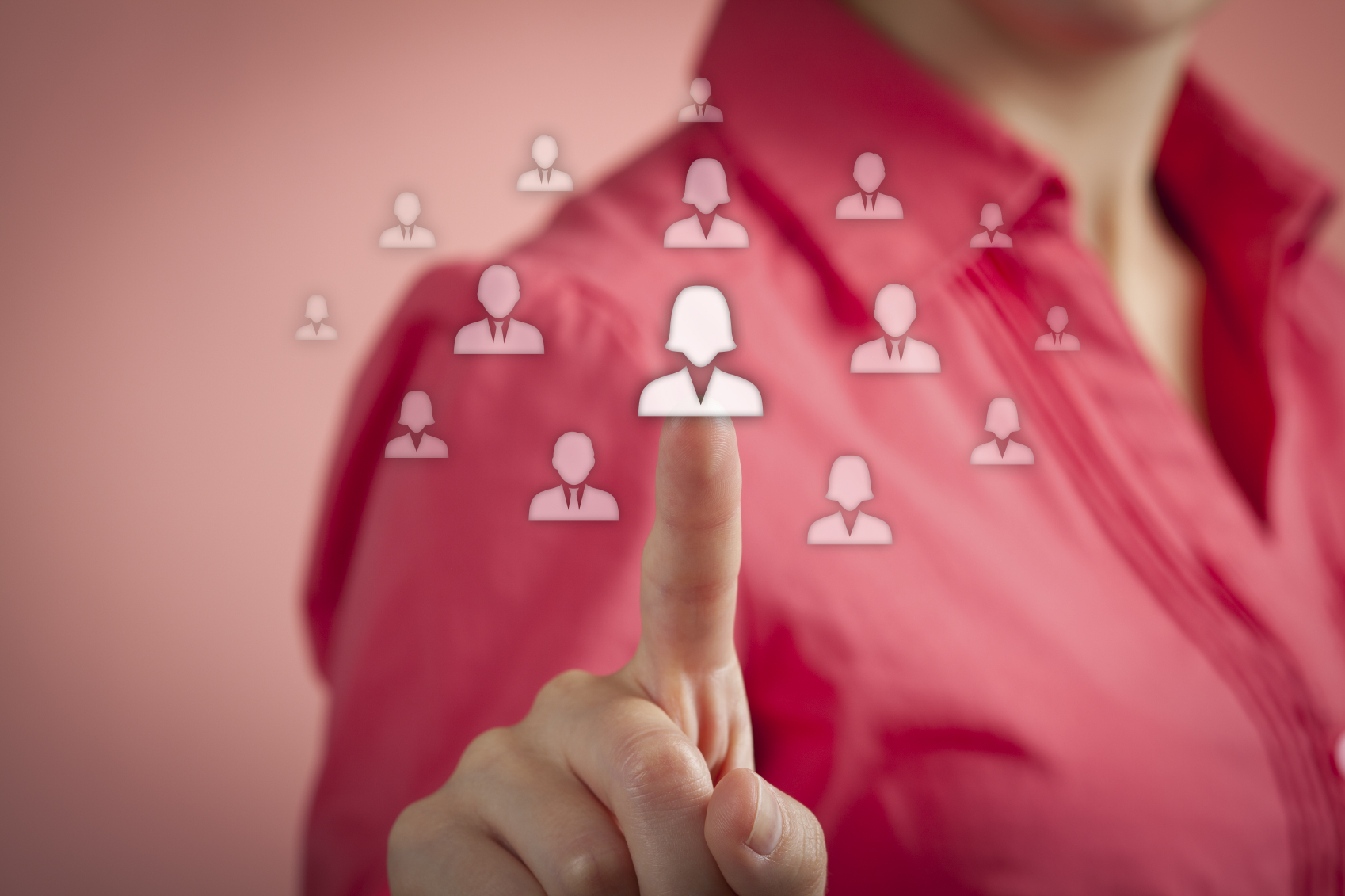 In the 1990s, a new model of governance emerged – Reinventing Government. This model was rooted in private sector entrepreneurial approaches and market-like incentives. A new model – dubbed “New Power” – has emerged in the 2010s.

Reinventing Government was organized around ten values, such as government being catalytic, community-owned, competitive, etc. Today, a new management reform trend is evolving, with its own models and values, again inspired by private sector and societal trends. A recent Harvard Business Review article by Jeremy Heimans and Henry Timms examines this 2010s trend, at least as it has evolved in the private sector, and they call it “New Power.” Not catchy, but their article does crystalize some powerful ideas. 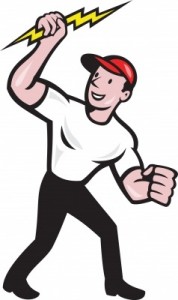 What Is “New Power?” Heimans and Timms write: “‘New power’ actors differ from ‘old power’ players along two dimensions: the models they use to exercise power and the values they embrace.” They say the nature of power is shifting in today’s world – who has it, how it is distributed, where it is heading. Understanding these shifts will define the challenges facing businesses, non-profits, and government alike.

Heimans and Timms say: “Old power works like currency. It is held by few. Once gained, it is jealously guarded, and the powerful have a substantial store of it to spend. It is closed, inaccessible, and leader-driven. It downloads, and it captures.” In contrast: “New power operates differently, like a current. It is made by many. It is open, participatory, and peer-driven. It uploads, and it distributes. . . . The goal with new power is not to hoard it but to channel it.”

“Power,” they say, is defined as “the ability to produce intended effects,” and the “Old and new power models produce these effects differently. . . . Old power models tend to require little more than consumption.” For example, a shoe manufacturer asks customers to buy their shoes. However, New power models are enabled by peer coordination and the engagement of “the crowd.” It taps into people’s desires to participate in ways that go beyond consumption.

“New Power” Operating Models. Heimans and Timms have developed a “participation scale” to help show the evolving New Power operating models. The Old Power model is based on consuming goods and services, while the New Power models are being reflected in the business models of a number of newer companies:
• Sharing – taking other people’s content and sharing it with broader audiences (e.g., Facebook)
• Shaping – remixing or adapting existing content with a new message (again, Facebook)
• Funding – endorsing with money (e.g, Kickstarter)
• Producing – creating content or delivering products or services within a peer community (e.g., YouTube, Etsy, Airbnb)
• Co-owning – decentralized, peer-directed systems (e.g.,Wikipedia, Linux)

“New Power” Values and Beliefs. In addition to differences in business models, New Power is based on values and beliefs such as the importance of creating feedback loops based on participation which makes visible “the payoffs of peer-based collective action and endow people with a sense of power.”

This strengthens the norms around the use of collaboration – and eliminates the Old Power middlemen that dominated the business models of the 20th century, such as lawyers, lobbyists, and expediters. As might be expected, the Millennial generation is seen as the group that most heavily reflects the values and beliefs of New Power.

The authors observe: “New power favors informal, networked approaches to governance and decision making.” . . . it involves a faith in the power of innovation and networks vs. bureaucracy and organizational structures. In terms of collaboration: “New power models, at their best, reinforce the human instinct to cooperate (rather than compete) by rewarding those who share their own ideas. . . “

Transparency is also seen as a New Power value, especially where, the authors note: “Traditional notions of privacy are being replaced by a kind of permanent transparency as young people live their lives on social media.”

Where Is “New Power” Seen in Government? Heimann and Timms believe that in a government context (at least so far), New Power is good at making big statements, but bad at executing small details. They say that in order to transform government, New Power will need to change the “rules of the game” in order to be effective. They point to early experiments in its application in government, which include participatory budgeting, the use of SeeClickFix as a way of citizens communicating with government officials on mundane day-to-day government operations, and the use of crowdsourcing as a way to co-produce government services. However, Heiman and Timms conclude: “. . . none has yet proved capable of fundamentally shifting the operating system of government.”

I agree. However, I think this trend may be more advanced in government than they give it credit. For example, the IBM Center has sponsored a number of studies in recent years on topics that clearly touch on various dimensions of New Power. Following are some examples of initiatives underway. One of the common threads through each of these initiatives is the faith and reliance on web-based technology:

• The Sharing Economy. The private sector is innovating a wide range of services based on the concept of sharing. Government’s role in the sharing economy via its regulatory powers can be key to the growth or death of these businesses such as Uber (vs. traditional taxis), BikeShare, ZipCar, and AirBnB (vs. hotels). Sharing government data also becomes value-added, such as in reducing congestion by re-routing traffic.

• Open Government. The Obama Administration’s signature government reform initiative reflects its implicit belief in New Power. President Obama’s initiative focuses on transparency, citizen engagement, and collaboration. He relies on the use of technology as a means to advance this initiative, for example, by promoting Open Data policies and initiatives (e.g., data.gov), the use of problem-solving contests, creating White House Innovation Fellows, and creating the U.S. Digital Service to help agencies move quickly in applying new technologies in their missions.

• Chief Innovation Officers. New Power is reflected in the creation of innovation officers, especially at the local level. They are the front-line champions of this new phenomena. Some federal agencies have created such positions, most notably at the Department of Health and Human Services.

• Contests and Awards. The Obama Administration has made active use of contests and awards to engage employees and citizens in solving public challenges, most visibly via its Challenge.gov website and other crowdsourcing initiatives. Local government versions are sponsored by non-profits, such as the Bloomberg Foundation.

• Social Impact Bonds. Social impact bonds and other “pay for success” initiatives are beginning to take hold in the U.S. The notion is that the private sector funds a public initiative, such as reducing recidivism among troubled teens in returning to prison, and they receive public payment only if they can demonstrate success.

• Cross-Agency Collaboration. As societal challenges reach across traditional agency boundaries, mechanisms are being developed to organize them, decision-making forums are being created to address them, and leadership approaches are being marshalled to manage them.

• Participatory Budgeting. This is largely a local government phenomena, and it is generally more mature in other countries, but scattered use and strong advocacy support is picking up in the U.S.

• Co-Delivery of Services. Again, this element of New Power tends to be developing more rapidly at the local level. For example, the Youth Court in Washington, DC, engages non-violent offenders to serve as juries of their peers. At the federal level, the U.S. Patent Office engages volunteer experts to examine patent applications and provide input prior to official reviews, to speed the review process.

There is no best-selling book, like Osborne and Gabler’s 1993 Reinventing Government, or a well-recognized leader, like former Vice President Al Gore, that embody the spirit of this newest trend. Its models and values still need further definition. But it is real, and it is evolving, and has strong private sector and societal counterparts.

So, what other public sector examples or values would you add that reflect the elements of this latest trend in government management ideas?

Find Your Strengths and Your Sweet Spot