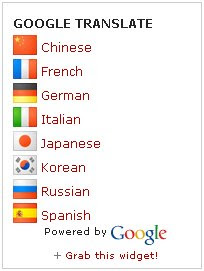 On LGBT Asylum News I recently added a Google Translation widget. I’ve just got my first feedback on it and it’s good, apparently it’s a useful add-on!

The widget is from madtomato and shows flags for six languages. You click and it sends you to Google Translate, where you can pick another language. 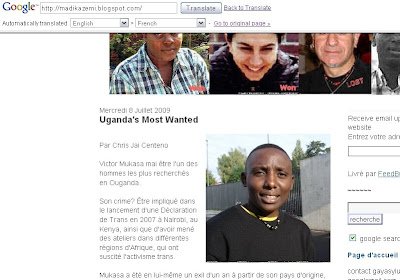 It’s not perfect – the widget should say the following ‘Click any flag to select another language’ – I’ve modified it to say that.

Google Translate isn’t perfect either – it misses the titles of posts on LGBT Asylum News for some strange reason – but I use the service often and find you can generally get the sense of what an article is about and fill in most mistranslations or non-translations.

It also now has a much wider range of languages. They recently added Fasi (Persian) due to demand and I know that’s been heavily used, and useful.