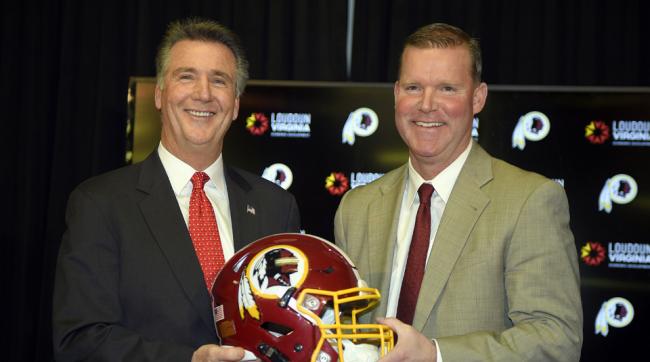 Almost a year ago, I wrote about the change in direction of the Washington Redskins, as another disappointing season reached its conclusion. The focus of that post was on the team’s new General Manager and his focus on talent management in general and talent acquisition in particular. As the leading provider of talent management solutions for federal agencies, Acendre was delighted to see this focus.

Fast forward to today, and we see the fruits of the Redskin’ emphasis on talent management and bringing the right players into the organization.

The Redskins are in the playoffs!

But there is also another aspect to this transformation, one which I did not touch on in the above-mentioned post, but one which I have written about recently – employee engagement and building a culture of high performance.

While I was referring to these traits as part of a strategic federal human capital plan, this improved culture has been referenced for this year’s Redskins team. In post-loss disappointment, Redskins culture change comes into focus blared a Washington Post headline earlier this season. 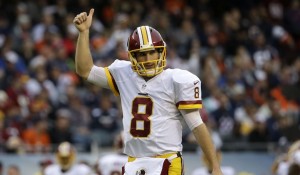 And much more has been written recently about the change in culture, including:

Drastically better talent management including a culture of high performance – it’s a proven, winning formula…one that has the Washington Redskins in the playoffs again and Washington, DC fans excited again.

Is your agency’s human capital plan on a winning path?

The Washington, DC football team is in the playoffs this year having won the weakest division in the National Football League (NFL). You do not have to have much talent to win when your competition is frail.

As a national symbol for bigotry and racism with its offensive mascot, team logo and name, they may have won the game of talent management but have lost the battle when it comes to inclusion.
This sports franchise would not thrive with its misappropriation of Native culture in any of other sector of our economy if not propped up by its other NFL plantation owners as one of the weakest symbols of inclusion in the entire sports world.

You want to talk about talent management. Take a look at this recruitment strategy. According to the Institute of Diversity and Ethics in Sports:

This team is one of the most valuable sports organizations in the country and has made most of its money on the backs of American Indians yet there are no Native players, coaches, owners or even cheerleaders part of this operation. I would not call that talent management. I would call that talent rape.

They enjoy the unique distinction of being the last NFL team to sign their first African American player, nonetheless, a good chunk of their fan base are African Americans who seem to forget about the bondage that racist mascots have on American Indians. I assume that if the team name was the “Black Sambos” most African Americans would finally feel the anguish of the first inhabitants of this country. That would change the debate from one of talent management to pain management.

Those that continue to preach the talent management gospel for the Washington, DC football team should be reminded that while this team may be talented playing football they are not very good at “playing Indian.”

For the supporters of this bastion of racist entertainment keep cheering for the same values that once enslaved African Americans. You may win a couple of playoff games but you will never have the talent to be drafted on a team that plays the game of life where all God’s creation is respected. The general manager of this team has a different definition of talent. Something the Washington, DC football team is still searching for.

Thank you for the thoughtful comment, and you raise several interesting and valid points. I chose the topic really trying to draw an analogy and point out the importance of culture within an organization, such as federal agencies. Even as I wrote it, I realized that the team name is a sensitive subject, as is the issue of race in sports and elsewhere. While I was not meaning to make any political statements, it is a very sensitive subject, and I apologize for any offense taken. For the record, I’m not a Washington football club fan.