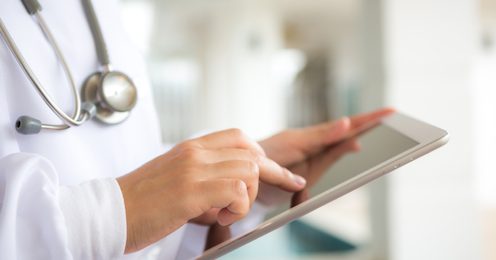 We’ve all seen the public service announcements where the earnest spokesperson, sometimes a celebrity, their face etched in deep concern, musters every ounce of empathy in order to impart relevant information to us on the dangers of heart disease, or the warning signs of stroke, or the heartbreak of psoriasis.

However, if we have a healthy ticker, no irregular brain activity and clear skin, we’re likely to tune those spots out as background noise while we wait on <fill in your favorite show here>.

It’s not unlike trying to organize Neighborhood Crime Watch in low crime areas. When things are good, folks aren’t motivated to do anything about it.

So, having said that, let me say this …

That is a given on which I feel fairly certain we can all agree.

So, too, does heart disease, diabetes, respiratory ailments, stroke and other catastrophic conditions.

If you’re lucky enough to have never been affected by a serious health issue, chances are you know someone who hasn’t been so fortunate. Perhaps it is a parent, or a loved one’s loved one or someone else close to you that has been affected by some insidious pathology that no one invited in.

There, but for the grace of God, go any of us, at any given time.

Many of our government agencies, be they local, state or federal, have well-established wellness programs in place. They are, quite rightly, designed to promote healthy living, ostensibly for our quality of life. They also, however, help promote production and cut down on absenteeism if the workforce is healthy. A bit mercenary, but that’s OK.

This, however, is not a PSA for your wellness program.

It is straight-up calling you out if you don’t participate in some manner of health and wellness promotion and/or disease prevention, be it publicly in front of a gym-full of people, or privately traversing the staircase in your home.

How many of us in the government workplace get a feeling over time that something isn’t quite right, but put off checking on it because we’re just too darned busy? The answers are alarming. The International Business Times recently wrote that especially Millennials (ages 18 to 34) tend to forego medical care in favor of other priorities more than any modern generation so far. And, when they decide they need medical attention, they rely first on Google or WebMD. Especially in the age of high deductible health plans, it’s easy to avoid the doctor (and associated expenses).

For now, let’s talk about the thyroid.

The American Thyroid Association suggests that 12 percent of the American population will develop some form of thyroid disease in their lifetime. This is important because that small gizmo in the lower portion of everyone’s neck, that no one thinks about, produces a hormone that affects every cell in everyone’s body.

I had no appreciation for my thyroid until it was gone.

Full disclosure – I had a bad upper respiratory infection early last year that prompted my MD to order a chest x-ray. That begat a catscan which showed my lungs to be fine but, by the way, “there’s a big, honkin’ tumor on your thyroid.”

Found it completely by accident.

They had discovered a 2.7-centimeter mass on the isthmus of my thyroid (the center thingee that connects the right and left sides). The biopsy turned out to be indeterminate so, rather than take chances, we decided that my thyroid and I should live separately from then on.

Here’s a touch of irony. The big lump turned out to be benign. However, smaller nodules on both sides of my thyroid, that were too small to biopsy, came back as malignant.

I had papillary thyroid cancer.

‘Had’ is the operative term since the cancer was eradicated from my body when my thyroid was removed. I actually became a cancer survivor before I ever knew I was a patient. Some have suggested that I was more appropriately a cancer ‘visitor.’

Whatever you want to call it, had we not incidentally seen the big lump in a catscan, I might still be walking around with a cancer growing in my neck.

All that is to say that preventive care is of paramount importance. You can’t always count on serendipity. Whatever comprehensive scans, screenings and tests are available to you, under your health or wellness plan, are worth it.

The goal isn’t to rack up “wellness points” (although some employers make it worth your while to check it out). Your ultimate goal should be health and happiness through well-being.

You can do plenty on your own in seven steps:

Thank you for this article!

Great article! I’m fortunate to work for an organization that makes it worth my while, and that carrot works. I notice the difference when I take advantage of getting up and moving during the day.

Congratulations on your short “visit” to cancer; may it stay in your rearview mirror.