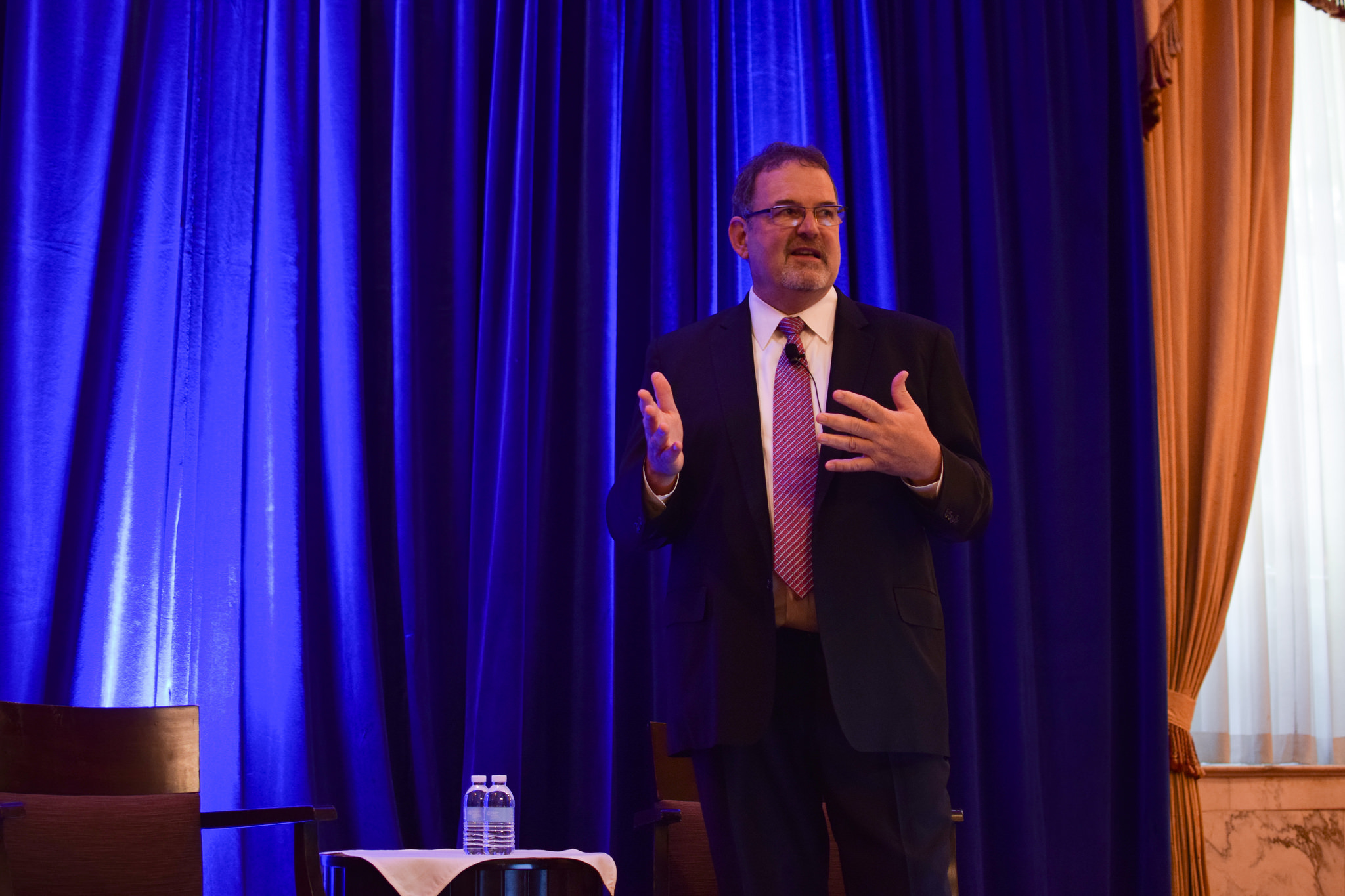 Is the cloud exciting?

If you ask some people—maybe even a lot of people—that question, you might be met with a blank stare (“What is the cloud?”) or a no (“Tech is boring!”). But if you ask Tony Scott, Chief Information Officer of the federal government, you’ll get a very firm “Yes!”

At last week’s GovLoop event, The Evolution of the Cloud, Scott said, “I’m here today to talk about the things I’m seeing in government, and I am really excited about it!”

Why all the enthusiasm?

“We’re at an inflection point, not only in government, but across the whole [information technology] industry,” he said. “If you look at the amount of change in the cloud space over the last couple of years, and then you look at the next couple of years, we’re going to look back and say, ‘This was one of the most exciting times in IT history, and one of the biggest transformations.’”

To prove his point, Scott showed a graph of cloud spending over time. At first glance, the graph didn’t look that impressive. There were lines for IaaS, PaaS, and SaaS moving slightly upward over time—but only slightly. Yet according to Scott, that’s even more exciting than a sharp increase in spending. “Underlying the picture is that your bang for the buck is increasing every single year,” he said. “What cloud services cost you a dollar a couple years ago, now cost you 50 cents!”

But even more exciting than the cost savings of cloud computing are the capabilities it provides. Scott said that while we routinely talk about cloud as the industry game changer, the real transformation is digitization enabled by cloud.

“Digitization is a totally new way of doing business and of doing government,” Scott said. “It starts with the customer first, and what they want to do. It completely ignores organizational charts and the way government has traditionally presented itself.”

Ultimately, it transforms the way government can engage its citizens. “You shouldn’t have to know how the government is organized to be able to find things,” Scott explained. “You should just be able to find what you need. Customer experience on the web should anticipate what you’re there to do and then guide you appropriately.” Digitization allows government agencies to provide that sort of experience, and cloud allows digitization to happen.

Are we there yet?

Scott admitted government still has work to do before it is truly transformed through digitization. “But that’s where we’re headed!” he asserted. In order to truly capture the capabilities of cloud, Scott said government must address two key considerations.

First, technology developers and IT managers must adopt a “secure by design” mentality. This idea starkly contrasts current tactics to supplement legacy systems with new security. “We’re trying to slap on security and bubble wrap applications and they were developed,” said Scott.

That’s a problem. “We’re trying to counter new threats with applications and infrastructure that was never designed for the kinds of things we’re encountering today,” he continued. “It’s kind of like putting airbags in a ’65 Mustang. It’s theoretically possible but it’s ugly and no on wants it when it’s done. There’s nothing wrong with the airbags or the car, but they weren’t made to go together.”

Moving forward, Scott said government must adopt cloud technology that already has cybersecurity considerations “built into every single layer, working together to protect information and assets in that environment.” When that happens, IT administrators can focus on optimizing cloud, rather than simply applying patchwork security.

Additionally, Scott hopes that this security will engender greater trust in government services. “It will change people’s faith in technology,” he said. “This could be a great enabler of our economy.”

Already, Scott says there’s significant progress in implementing this security by design. “But we also need highly scalable services so that we can start building more applications on top of [the cloud platforms],” he said.

To reap the full benefits of cloud, the technology must be applied across entire enterprises. “What we don’t want is to lift and shift old architectures to create cloud silos similar to what we already have locally,” Scott said. That’s how you keep those aforementioned cloud spending lines down—by making sure adopted technologies are efficiently scalable.

That’s no easy task, but Scott is confident that the federal government can learn to scale its technology with a little practice. “You have to begin to exercise the muscle before you use it fully,” he said. “After all, you don’t get to a marathon runner without training for it, right? Practicing builds the skill sets you need to make the big lifts.”

Right now, government is practicing for its marathon cloud transition. Scott can’t wait to run the race. “Get on for what I think is going to be an exciting ride,” he said “When you do a digital transformation, it changes the way you engage with customers and constituents. What’s more, it changes your entire work experience.”

The Intersection: Where Gov Meets IT