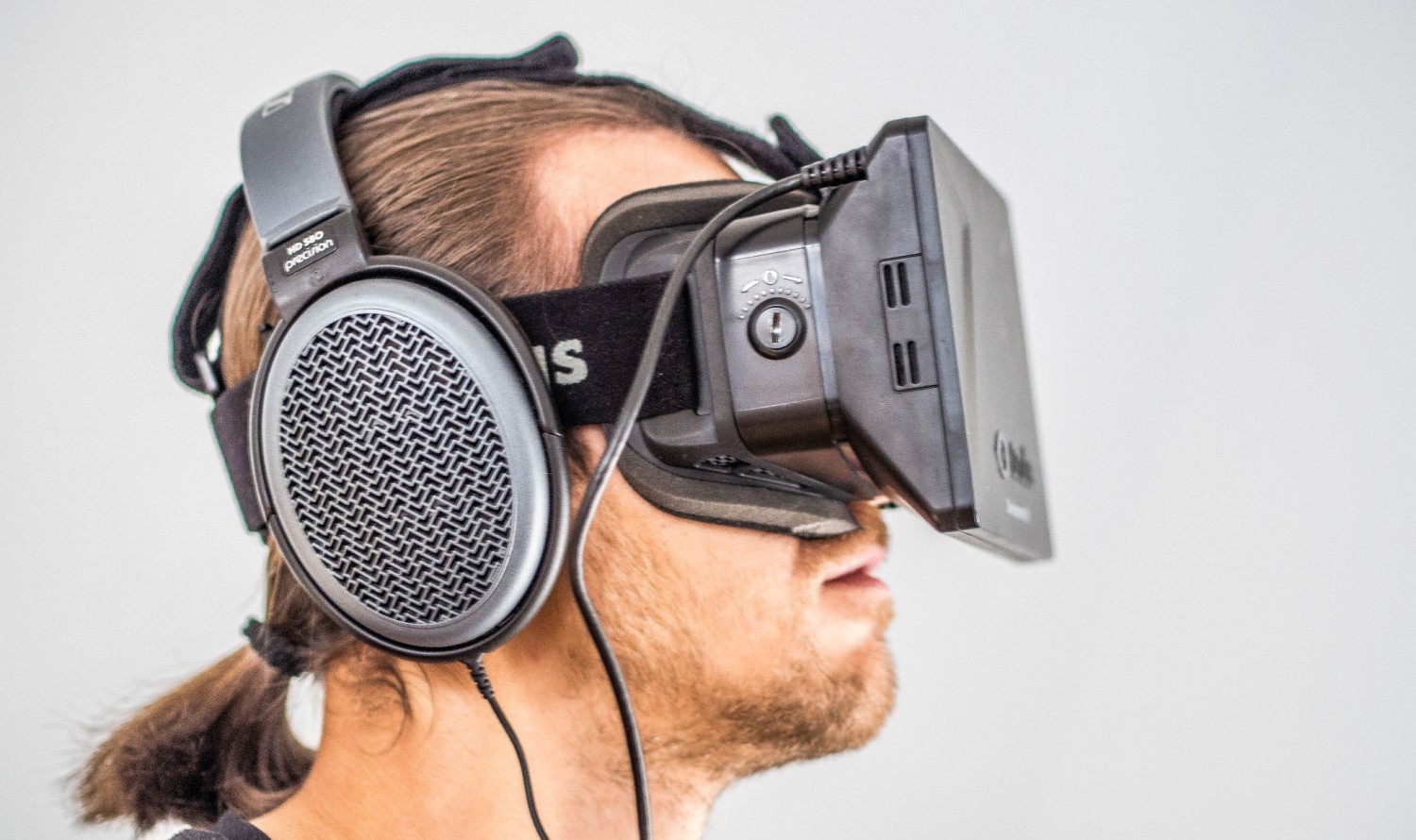 Time is running out. I need to make my way to the safe house before the bad guy gets me. I finally find my way through a maze of obstacles to reach the door. But it’s locked. As I desperately fumble through my pockets, I realize I forgot the key. The bad guy begins to close in on me… Luckily, my alarm clock saves me just in the nick of time.

I don’t have nightmares too often, but when I do, they usually involve a scenario similar to this one – one I’ve never experienced before in real-life. Unfortunately, this would be a walk in the park compared to some of the nightmares faced by soldiers with post-traumatic stress disorder (PTSD) who relive some of their most horrific memories while they sleep.

As the steady stream of combat veterans has returned from Iraq and Afghanistan, PTSD has become a relatively well-known issue to the American public. But how to handle and cure these mental wounds has remained elusive.

However, at ACT-IAC’s Igniting Innovations 2015 event, there was cause for optimism. Dozens of diverse government innovations were showcased, ranging from the federal to local level, but one particularly stood out to me: The U.S. Navy Bremerton Power Dreaming Program – made possible by the U.S. Navy and ICF International.

Essentially, the Power Dreaming software helps PTSD sufferers cope with their emotions via virtual reality. The event webpage describes the program as follows:

“The Power Dreaming software was developed to help sufferers of PTSD deal with emotional stressors by creating a sense of control within a Virtual Reality (VR) setting. Very simply, those suffering from PTSD have lost a ‘locus of control’ in their lives, suffering from a variety of co-morbid conditions (i.e. anxiety, anger, depression) and simply cannot break the pattern of anxiety-based thinking.  Power Dreaming is a new science-based practice to deal directly with PTSD using a combination of behavioral- and virtual reality-based training protocol.”

Why Does it Matter?

Most of us have a basic idea of PTSD, but we may not realize its true scope and impact. Since 2001, an estimated 30 percent of individuals returning from Iraq and Afghanistan suffer from PTSD and 65 percent also experience nightmares as a symptom. Not only are nightmares seen in a high percentage of people with PTSD, those who have nightmares may experience them quite frequently, often several times per week. Furthermore, another report found that 56 percent of those who experienced war related trauma still had nightmares forty years later. This indicates that if untreated, nightmares can be a lifelong affliction.

According to the Department of Veteran Affairs (VA), nightmares are one of the ways in which a trauma survivor may re-experience or relive a traumatic experience. “The content of post-traumatic nightmares often involves the original threatening or horrifying circumstances of the traumatic event,” they write. Nightmares also contribute to sleep deprivation and social dysfunction, which makes coping with nightmares a critical objective in order to manager post-traumatic anxiety.

How Does it Work?

According to Vanderbilt’s JETLaw Journal, the program allows veterans to put on 3D goggles after waking from PTSD nightmares and “enter a world that is calming, familiar, and completely customized.” The customization is key, as it allows vets “to develop physio-emotional states to counteract the reactive stress response inherent in trauma memories,” Wired wrote. The program is based on the virtual world, Second Life, and builds out imaginary worlds and avatars for soldiers to immerse themselves in. JETLaw explains:

“A [veteran] trainee would create an avatar and virtual environment within Second Life and would interact with that space while awake to enhance the strength of those new images, making it easier to recall and submerge himself in that imagery following a nightmare.”

Trying to take control of the images in nightmares while awake makes them less frightening and volatile, utilizing the concept of “Image Rehearsal Therapy:” a term developed by the VA’s National Center for PTSD. Power dreaming also builds on the existing therapeutic models that use biofeedback, like heart rate. Another interesting feature is that while in the virtual world, vets can search for gems that give them various powers. For example, yellow gems allow their avatars to fly while blue gems provide them with telekinesis abilities.

Despite the therapeutic and fun nature of this program, there are some concerns, especially regarding privacy. The government would store and have access to highly personal and intimate information about soldiers. The potential for abuse or hackers breaking into the system is unsettling for some. It may also present security hurdles if virtual environments are downloaded from hospital computers onto soldiers’ laptops. Due to data breach concerns, there are many restrictions in the military regarding the use and of removable hard drives/USB ports on military computers.

The physical wounds of combat veterans can sometimes be easily healed. The rehabilitation of mental wounds, however, is a more complicated matter with no easy cure. Hopefully, with innovations such as the Power Dreaming Program, PTSD sufferers will be one step closer to making the calm, happy, and controlled environments of virtual reality, their everyday reality.

Gov Gobbledygook And How To Change It