Pioneering innovative ideas in government can be tough — to say the least. It requires risk-taking, embracing the unknown and some serious marketing and communication skills to win over skeptics.

It also helps to have a champion or a sponsor who can shepherd your good ideas along and even create a space for those ideas to take root, get nourishment and hopefully bloom. For a growing number of innovators at the National Science Foundation, Chief Information Officer Dorothy Aronson is that person.

As the principal adviser to the agency’s director and other senior management on all matters involving IT, Aronson sees herself as an enabler who is charting a path for employees to introduce innovative ideas that improve how they work. She’s collaborating with forward-thinking staff to introduce microprojects that allow the agency to test new technologies and processes and determine how those efforts can and should be expanded.

“One of my passions is motivating people,” said Aronson, who has found a unique way to blend her love of art and technology to connect with the agency’s IT workforce.

She recently sat down with GovLoop to talk about current workforce efforts and how she is championing innovation at NSF.

GOVLOOP: Throughout your career, how have you seen the IT profession evolve?

ARONSON: When I went to school, there really wasn’t a study of IT, except in the math department. I was a dual major in business and art. I wanted to be an artist. My mother wanted me to go into business, so when I got out of school I got a job as an accountant. I was painting at night; I was not a good accountant.

Within the first six months, [at] the company I was working for, there was this burgeoning thing, this information technology that was happening at that time. And they said, ‘Well, you know, we need people to do this; why don’t you just try it?’ And I loved it. So from the very beginning that’s what I did. I grew up with computers all around me — and this is before there was networking. As time passed in the IT world, the things that we did manually became products you could buy. So the people who are using information technology today don’t think about creating their own network.

GOVLOOP: As technology evolves, what type of skill sets are you looking for in potential job candidates? 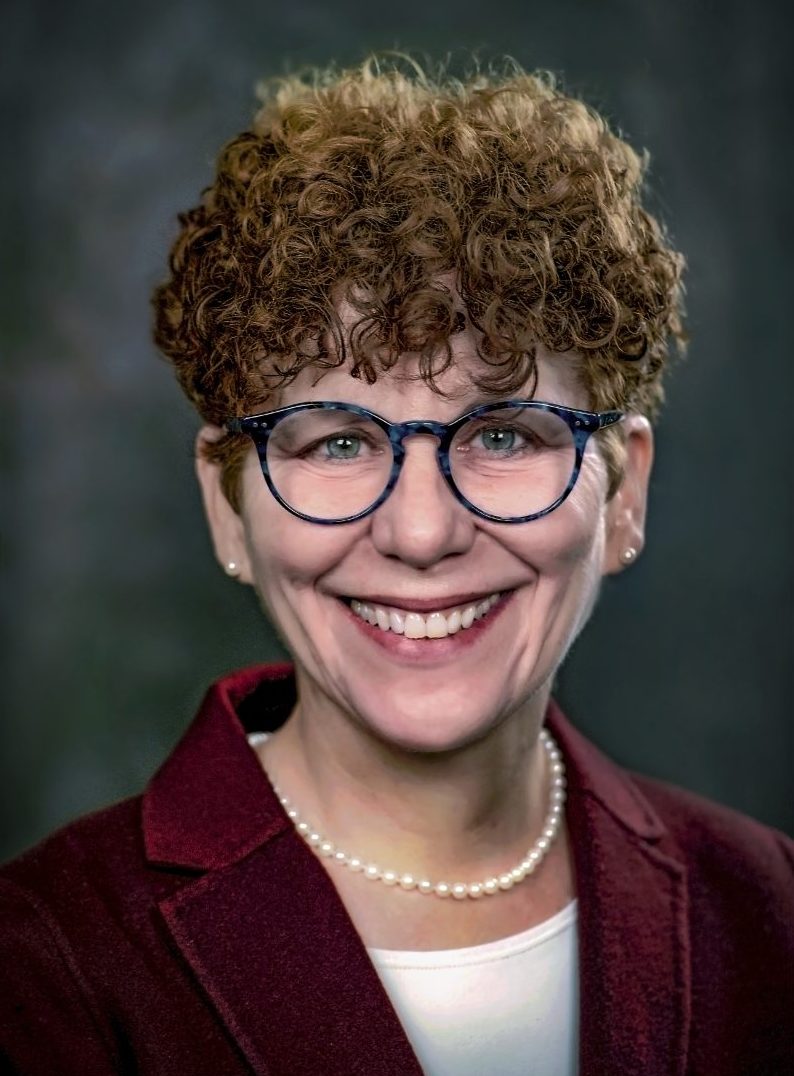 ARONSON: If you’re dealing with a career employee, I think what we’re looking for is communication skills, teamwork, confidence in being able to discern and ask people questions. A lot of IT people are naturally introverted, and so they don’t tend to want to have conversations. But that’s hard in this industry [because you have] to manage contracts, deliver products, get to the root of problems, and be able to communicate to nontechnical people. You don’t get funding from other IT people. You get it from business people who have a different vocabulary.

GOVLOOP: How does your art background influence the work you do? Can you show me an example?

ARONSON: I’m an artist all the time, in everything I do. This is the CIO handbook — the coloring book edition. I could walk you through this and show you the org chart of the agency, show you what’s important to the agency. And then I drill down to show you how I see IT. And in the back, there’s a color appendix that matches it. This is a very important chart because it talks about all the important things about IT — starting with people. There’s people, devices, services, data, infrastructure, network, IT management and security.

If you look at the President’s Management Agenda, for example, you’ll see IT modernization is one of the three big objectives this year. So, you, IT people are important. You’re driving change in the federal government. And this [section] talks about how we get money [and] our budgeting cycle.

GOVLOOP: What workforce projects do you have underway?

ARONSON: One of the things that I’m most interested in is when artificial intelligence comes into the workforce and how the workforce is going to change — let’s say over the next five years. If we knew the skills people had today, and if we knew the jobs that were going be here in 2023, we could say to the people, ‘You know, I don’t think you’re going to be able to [continue] doing the thing you’re doing. So let’s start preparing you now.’ The path can be training, it could be going back to school, it could be taking a detail somewhere so that you get experience. So we say to people in 2018, ‘Here’s what we think is happening in 2023.’

The reason this impassions me is because it helps motivate the people who are here now to be excited about the future. This is something that’s been inserted recently; it’s a new concept.

This is a lot about how we bring the kinds of expert tools that are being used in the private sector into the government and help energize our workforce. I’m working to make this happen. What I’m doing on a teeny tiny scale, which is what I call a microproject, [is] working with a local group of IT people and saying, ‘Can we do [X] just for a year?’ They’re developing their own survey of what they think is important about their jobs, and we’re about to issue it to their peers. And then we’ll start. It’s important not only [for] the IT workforce, but the NSF workforce and the federal workforce.

GOVLOOP: At a recent CFO/CIO summit, you mentioned that you aren’t experiencing a shortage of IT and cyber talent. Can you elaborate more?

ARONSON: You hear a lot [that] there’s a shortage of people in cyber. I’m not really experiencing it. Maybe people feel like they have to hire an expert. There probably are not enough cyber experts. But there’s enough for us to get one who trains many. Now, this is a fed. We have a lot of support contractors here. [They] do have to have ready access to people with expertise. What we have to do is be smart enough to find them and understand who’s giving us good advice and who’s not.

GOVLOOP: As a CIO who doesn’t have IT personnel reporting directly to you, how do you gain visibility into the work they do?

We should, in the central IT shop, provide the things that the local people, innovators cannot be providing. We shouldn’t be struggling. We should work with them. I seek them out. When [I] hear [that] somebody has a cool idea about something, then I go visit them and I say, ‘Do you want to share that idea?’ They’re always interested in sharing, but they’re not usually good marketers. They’re solving their own problems. And so it takes another kind of person to bring those innovations into the center and to share them.

GOVLOOP: Can you share an example? I’ve heard you mention a chatbot capability being used by an NSF innovator?

ARONSON:  [A local innovator] found a custom product that she wants to bring into the agency that will automate certain routine tasks. People in her organization are logging into system A, taking data from it, logging into system B, and putting that data in. So that’s a perfect example of a thing that a bot can do.

She found a tool that allows people to create bots. That’s a case where a local innovator had an idea that was tremendous. And you can imagine offering an idea like that to the entire agency. The trick is getting the bot tool that’s easiest to program. So there are all kinds of decisions [being considered]. Is the bot tool that she selected auditable? We’re having those discussions. We’re asking how to fund that, how can we help, what can we learn from what she is doing.

Rather than taking that tool and just saying, ‘OK, here it is, everybody use it,’ what we’re doing is we’re using it in various scenarios, we’re engaging one program officer at a time. [We’re asking], ‘What do you think of this tool? Is it possible you could use it? Could it be an advantage to you? What change would you make?’ We’re taking all these little bits of information, [and] we have a team of people that are doing these little micropilots.