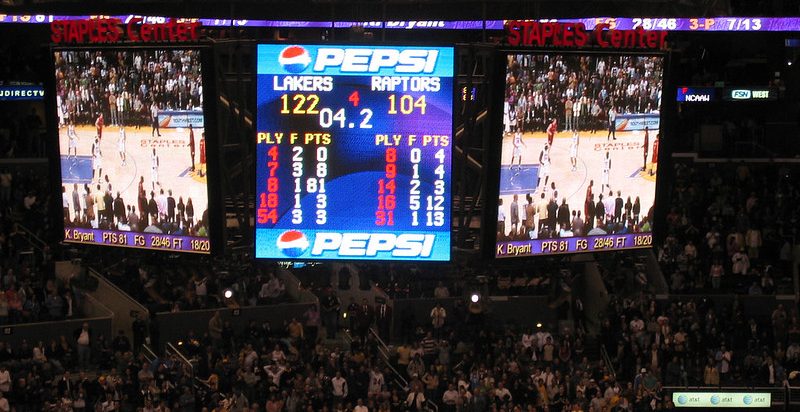 The famous A.E. Housman poem “To an Athlete Dying Young” is a melancholy and bitter verse of how life often peaks early, especially for athletes, and glory fades in stride with age. Many times, an early retirement is for the best, the poem suggests – better to go out on top than on the descent.

The tragic case of Kobe Bryant is that he was not all that young in basketball years at the time of his death – 41 years of age and four years removed from playing. And yet, for a man who had such an irrepressible zeal for the game, when he retired in 2016 following several injury-ravaged seasons and an unimaginable mental toll, he seemed happier and still more determined than ever. Like he had life figured out.

He wrote a book. He invested. He coached his late daughter Gianna’s basketball team. He won an Oscar.

It seemed his best was in front of him.

Kobe’s sudden and tragic death has left so many of us to do something that Kobe was never much one for himself – rewind. And as I look back on his life, I’m inspired more by an author of his own script than a player of the global stage.

As a young, brash and winning-obsessed player, Kobe racked up accolades early in his NBA career, and fans everywhere learned the undefeated value of dogged hard work in the pursuit of individual glory. But by the end of his five-championship career, a wise, weathered and contemplative man had coined a new mentality that stretches far beyond 94 feet of hardwood and redefines what so many understood victory to mean.

Kobe, a player who so often was dubbed selfish, gave back to a higher purpose. In his own words:

But what he’d come to realize was the goal he set out initially – of becoming the greatest of all time – was a very fickle one. What he realized was the most important thing in life is how your career moves and touches those around you, and how it carries forward to the next generation. He realized that’s what makes true greatness.

The story would be about transformation – of a kid looking inwardly to then growing up and understanding the importance and power of looking outward.

Like Housman, Kobe came to believe the laurels of athletic achievement shrivel too soon.

So Kobe embarked on an eternal quest for inspiration and impact.

Where many motivational speakers spout trite and empty words, Kobe was a poet of self-determination. And he spoke with substance.

No false promises of how to make it to the league or how to become a millionaire, he didn’t teach how to achieve something. Kobe taught us how to achieve.

The Mamba Mentality proffered by Bryant emphasizes that every effort in the pursuit of passion has a purpose – that every exertion bears fruit, as long as we do not give up. It follows that each unsuccessful effort is a lesson in future success.

Kobe, in fact, did not believe in failure. In his words, “it doesn’t exist.” Failure is final, he posited, and the only way we meet that doomsday is if we stop endeavoring, aspiring and moving forward.

For me, that’s why Kobe’s death is so tough to come to terms with – the abrupt halt of a seemingly invincible man who was progressing with so much purpose in life.

The unstoppable, legendary force of will met an equally unrelenting and inescapable demise. He was on his way with Gigi, her teammates and their families to her Mamba Sports Academy basketball game when his helicopter went down.

Initially, I was almost sure that he had made it out of that crash – somehow, as all of his other fairytale feats of fable, like sinking two free throws with a torn Achilles tendon, would suggest. And Gigi, who Kobe had said was better than he was at 13, she had that same fire and willpower, and she was going to make it out too, and she was going to do unbelievable things in the years ahead.

But he didn’t. She didn’t. They couldn’t. No one could’ve.

And while Kobe’s memories survive the man, the families and friends of all those involved in the nine-casualty tragedy are left with only memories. Keep them in your thoughts and prayers, and most importantly, act for the betterment of others, just as Kobe did.

This was moving and beautifully written, Isaac. Thank you for sharing.

Very well done and so very appropriate for our world today. Thank you!

Now let’s remember the other 8 victims of this accident and show things about their life. It just can’t be all about Kobe all the time as the Media want’s it to be. These people had lives too and the media should be sharing that information also.

Entirely agree. I hope to see more coverage about the other families and those affected in the upcoming days, but for now, here’s an account of who they all were.

My purpose with this story was just to share a little bit of Bryant’s unique and impactful mindset, but like you, I believe there are many more angles to be covered. We need to hear more about the other families, and it’s important that Bryant’s sexual assault case is not buried in his legacy as well. Again though, this particular story was narrowly focused on a mentality that has helped me and others – one that could help many.

What Is CBRS and How Does It Work?

Deep Breaths: Tips to Feel Better About Your Public Speaking