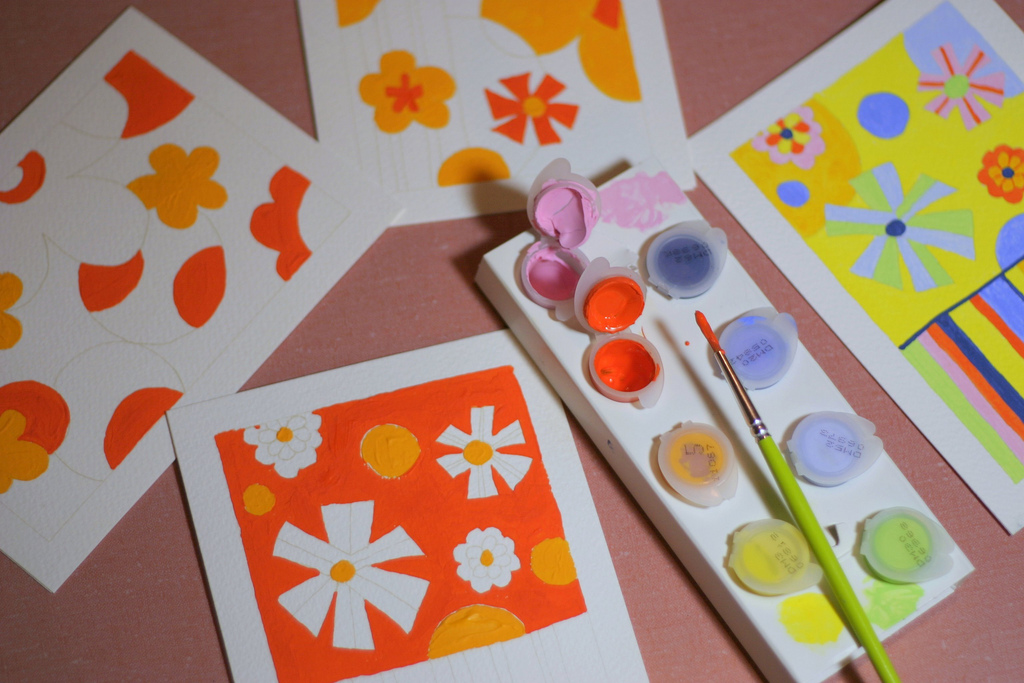 Remember these? As an artistically-challenged person, I have fond childhood memories of many paint-by-number masterpieces. Music was always my art form, but as for visual art, I was the person distinguishing my pencil figures by drawing a triangular skirt and long eyelashes for any female character. Whether or not you’re a natural at innovative thinking, having an instruction manual to guide you in your creative efforts is always useful.

As for government creativity, agencies have found a solution to promote greater innovation. Agencies are setting up innovation offices within their different organizations, and the IBM Center for the Business of Government recently released a report describing the steps government organizations should take to create successful innovation departments.

Chris Dorobek of the DorobekINSIDER program spoke with Rachel Burstein, the Academic Director of [email protected], about government innovation and her newly published IBM report “A Guide for Making Innovation Offices Work.”

In collaboration with Alissa Black, Principal of Investments at Omidyar Network, Burstein recently published a guide through IBM that examined the implementation of innovation offices within agencies at every government level. Innovation offices are createdto foster greater innovative action, both internally within a government entity as well as externally with other agencies and their community partners. Throughout their report, Burstein and Black identified and described six key models representing the different ways an innovation office can operate: 1) Laboratory; 2) Facilitator; 3) Advisor; 4) Technology build-out; 5) Liaison; and 6) Sponsored offices.

To better understand the report contents, Burstein defined the concept of innovation office. “[Innovation offices] are standalone organizations, or sometimes they’re even a one person shop either within a department or within a governmental entity more generally,” she explained.  “That office or a chief innovation officer post would be charged with encouraging innovation either within their organization, or in terms of its interaction, its external interaction. So, while a lot of other people in government may be pursuing innovation, I think what distinguishes the office or the officer position, is that’s the sole responsibility of the office.”

Initially, Burstein and her co-author began researching and writing this report feeling skeptical about the necessity and potential of innovation offices.  The goal of creating innovation office is to cultivate government innovation in and outside of agencies, but non-supporters of these offices share an underlying fear that agencies will still continue using outdated and common innovation tactics even after innovation offices are established within in their departments. Burnstein’s skepticism was challenged and overcome by the results of her research.

“We found that [innovation offices] can be really effective in encouraging new approaches and meeting other sorts of goals within the organization whether it’s creating greater efficiencies, or reaching out to new constituencies – whatever the intended purpose is within that innovation portfolio.  But in order to do that effectively, they really do need to leverage partnerships both within government and outside of government,” said Burstein. “That means bringing on willing partners from within departments to the work that they’re doing.”

As Burstein discussed the various model approaches agencies can use for their innovation offices, she stressed that the type depended entirely on the government organization in terms of its goals and how it operates. According to Burstein, no model runs better than another, and the success of its implementation is dependent upon an agency’s specific needs and its intended mission outcome.

Another important aspect of the guide that Burstein highlighted was how the report measured innovation in terms of the traditional metric approach: “One of our goals in the report is to get innovation officers and innovation offices to really consider a metrics very carefully in a way that they haven’t in the past, and I think that’s largely because these are still relatively new departments,” she said. “They’re operating without a lot of resources, and the missions of the organizations have actually shifted quite a bit, even since most of these offices were first created.  And their approach to things has shifted in response to events on the ground. But I think now, most of these offices are at a point where they can get a little bit more serious about metrics. We’re hopeful that the report will push them in that direction as well.”

[…] A how-to guide for being a government innovator […]

[…] GovLoop Guide, “30 Innovations That Mattered In 2014.” And read other related GovLoop posts, “A Paint-By-Number Guide for Government Innovation” and “CIOs: Rock Stars of Public […]

The Kids are All Right – But Could be Better