Are you struggling to get hired or promoted? If you answered yes, you might not be sharing enough of your accomplishments.

Every professional remembers that awkward time before their current job. It’s a period of sending endless resumes, waiting for responses and receiving anticlimactic rejections. There are few eras in life that are more dispiriting.

Government is not immune to this problem. Scores of people fail to enter or advance careers in federal, state or local workforces daily. What’s stopping these folks? The culprit might be how they share their accomplishments.

“The application process is very competitive,” she said during a GovLoop/NextGen GovUp Tuesday. GovUps are GovLoop’s series of after-work career and leadership development workshops. “The idea is to tell a story on your resume the supervisor wants to hear in person. It’s to intrigue them.”

Troutman said that many job-seekers confuse accomplishments with duties, a mistake which sometimes prevents them from reaching their career goals.

Troutman said this distinction is crucial for people trying to distinguish themselves in the competitive federal jobs market.

“The human mind wants a number,” she said. “You’ve got to put some metrics in there. You must demonstrate the scale and scope of your job. When you’re comparing apples to apples, they look for the context.”

Troutman also encouraged job hunters to emphasize their strengths by using their accomplishments for displaying them.

“You should embrace your strengths and begin to think of them as a brand,” she said. “You have to show them what specifically you’re good at.”

“Think about your own story and ask, ‘What was the hardest part?’” she said as one example. “That’s something you achieved against the current. You want to show that you can steer your ship the right way.”

All agencies – especially federal ones – have a reputation for resisting change. Troutman said that politely embracing that fact can additionally help applicants.

“You have to be tactful,” she said of describing negative experiences elsewhere. “Sometimes the problem is government, and government knows that. Tell it in terms of before and after.”

Troutman added that accomplishment stories aren’t just valuable for resumes. According to Troutman, these anecdotes are also precious during interviews.

“You will be able to do the interview better if you are able to tell your accomplishment stories,” she said. “You really have to practice. For people who are bad at interviews, you may have to memorize your answers.”

Why are accomplishments so important? Troutman suggested that these stories help prospective employers see the human being they’re evaluating.

“The real stories will help you appear as a person,” she said. “They want to interview the real person. You have to have these stories to stand out.” 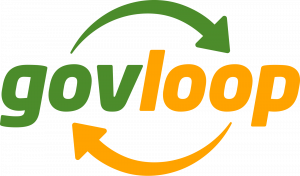 Duties versus accomplishments. The first I’ve considered this distinction and something I will keep in mind. Thanks, Mark!

[…] • USAJobs Resume Tips • 10 Ways to Improve Your Chances of Getting a Federal Job • Your Government Interview Checklist • Rock Your Resume Toolkit • Accomplishments: The Answer to Your Hiring, Promotion Woes […]