We’re all familiar with the old saying ‘data visualization is worth a thousand words,’ and nowhere is this truer than in the rapidly expanding field of geographic information system (GIS) technology. GIS is a framework for analyzing spatial data, and it is radically transforming both the way we look at our world and how we address the problems faced by society. It has also become an important tool for governments attempting to better serve their citizens.

One state that has been very successful implementing GIS-based solutions is Maryland. Under the leadership of Geographic Information Officer (GIO) Julia Fischer, the state has used GIS as the basis for many exciting, constituent-focused projects. GovLoop recently spoke with Fischer about the GIO position, removing boundaries and how she got interested in maps and data. 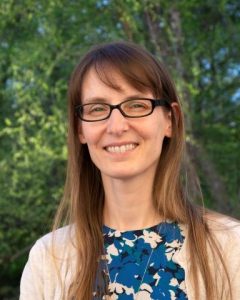 Finding GIS was something of an accident for Fischer — she happened to take a geography class in college, and she loved it. Since then, she’s dedicated her career to the subject, and the way she sees it, GIS underpins all that we do.

“GIS is IT,” said Fischer, “There’s a location component to everything.”

This mindset has added to every corner of Maryland, as Fischer’s team has spread the benefits of GIS across government. She highlighted the importance of the “spatial perspective” when it comes to considering problems and solutions, and has used this to aid many other agencies in the state in delivering their services to constituents.

One example Fischer gave was working with the state highway administration to help drivers track snowplows (her team is also helping create live tracking of road closure information). Another was a project that lets constituents see where the nearest Motor Vehicle Administration office is, along with estimated wait times.

“We were excited to get resources into the hands of the citizens of Maryland,” said Fischer. “We’ve had an opportunity to really engage with a lot of different disciplines and industries.”

In conjunction with the federal government, she has also been working on a tool that would let citizens look up their hurricane evacuation zone.

With that in mind, she said, “We look holistically when it comes to the solutions, the support and the services that we’re providing to all of the citizens that are impacted by those events.”

One of her favorite projects, and certainly one of the most impactful, has been working with 911 call centers.

“Within the next-gen 911 technology, GIS is the foundational data layer for ensuring that the calls that come in get routed to the call center as quickly as possible,” said Fischer. “The GIS community in Maryland, especially those involved in [911 response] are so passionate. They want to make sure that what they’re providing is reliable.”

Asked about the future, Fischer enthusiastically predicted the impact and opportunity of GIS: “We can help provide solutions, and offer a new perspective and open a conversation that may not have been addressed. It’s very different than just crunching the numbers — you start bringing the data to life when you have that spatial component.”

At all levels of government, policymakers are eager to reap the benefits of GIS. Maryland, under the leadership of Fischer, has provided an outline for government leaders to follow in establishing dedicated GIS plans and offices.