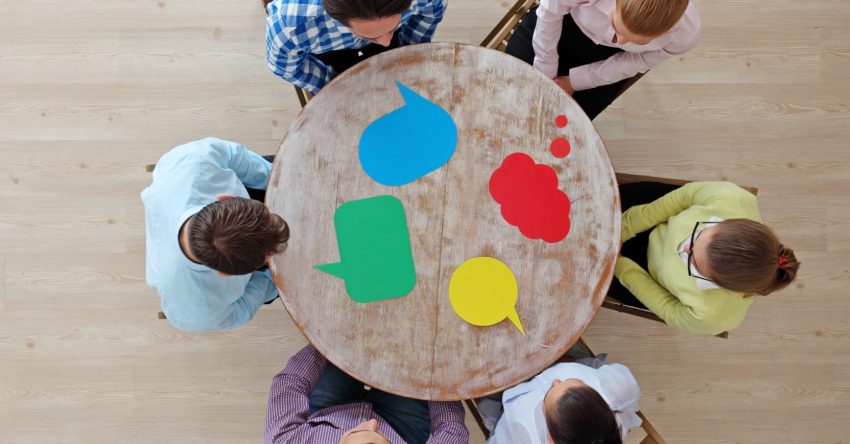 Pre-pandemic, I wrote a post exploring three Japanese words that every government official must know. In the face of global uncertainty and the need for greater international coordination and collaboration to mitigate the impact of COVID-19, it feels wrong to stop at just one language. Instead of seeking unity, many countries are shutting down borders and blocking visitors and foreigners. Government officials around the world are touting nationalistic policies to justify potentially harmful, near-sighted decisions. And global organizations like the World Health Organization are being squeezed by politicians in an attempt to shift blame.

Today, across the globe, more than 6,500 languages are actively spoken. Take a second to fully appreciate the vastness of human language. Language – especially in its variance — is distinctly human. Language is inseparable from culture and history. And each offers us the chance to learn more about the world. To see a different shade of our own reality. Language allows us to better explain the world. It unlocks greater precision in describing what we see around us and perhaps more importantly, what we feel within.

The German language is incredibly rich with countless wonderful, beautiful words. There are no direct translations for many German words, but the intent is clear. As such, I have chosen three words that if understood, abstracted, and imbibed, can have a profound impact on government workers.

Despair Over a World in Despair

Without deep intention and mental agility, it can be hard to feel true joy today. The “news” doesn’t help. Based on the latest prediction models, it is likely that more than 100,000 Americans (and 300,000 global citizens) will lose their lives to COVID-19 in 2020. Millions no longer have jobs. Some of those jobs may not come back. 100,000 small businesses have closed forever. The US sits at the precipice of wholesale economic restructuring and sizable budget deficits. Americans are going hungry, choosing to go without critical medications, and sometimes without permanent homes. It is no wonder that anxiety and depression are at near all-time highs.

The economic, emotional, and physical suffering was always there, hiding beneath the surface of our awareness. But it is far more tangible, far more real, and far more widespread these days. The novel Corona virus has magnified our individual and collective pain. We can’t avoid it. Ignoring the dire warnings and mounting misery is impossible when it is so commonplace.

Germans have a term that aptly captures today’s broader mood – weltschmerz. Weltschmerz denotes a deep sadness about the pain the world. The word is somewhat recursive. It reflects both the pain in the world and the pain resulting from the pain of the world. It is a deep sense of empathy with and for the collective well-being of others. Think of it as an emotion-only Vulcan mind meld.

Democratic government is meant (in part) to reduce and/or eliminate pain from citizens en masse. The well-being of a society is not only a function of applicable laws, of defined personal freedoms, and of the provision of basic rights. It must be grander, nobler, more aspirational. It must be centered on something more transcendent. The true purpose of government cannot include only the mundane. The advocates of Gross Domestic Happiness may be onto something.

If all those who work in, around, and for government were to embody a little more weltschmerz, our politics and policies would be different. Potentially quite different. Mission impact, not just in terms of numbers, but in terms of actual tangible results, would be the guiding principle. The lens of decision-making would prioritize making it easier, more effective, and more efficient to serve the citizen. Officials and program staff would first consider those who needed government to perform at its best. Whether those populations vote or contribute to re-election campaigns is irrelevant. The need to reduce the pain of others would prevail. The desire to eliminate weltschmerz – to reduce our own pain from observing the state of the world – is profound and potentially transformative. Especially when it comes to policy and government action.

Missing Where You Have Never Been

Most of us have experienced homesickness at least once in our lives. Perhaps it was when you first left for college. Or maybe it was during that two-week summer camp in the woods. Homesickness is the longing to return to a place of familiarity. It is a craving to return to what feels comfortable.

The German language offers us a word that means the opposite – fernweh. Fernweh is loosely translated to mean a longing for unseen places. It is the inner yearning to go experience a place for the first time. To ache for the adventure and the joy resulting in the unfamiliar. It is being homesick for a place you have never been.

If one were to extrapolate from the physical act of traveling someplace new and instead use fernweh as a state of mind, it has broad implications for governing. When it comes to government and policy, familiarity and comfort far too often prevail. We prefer to return “home” instead of exploring the unseen and the unknown. Sparingly few members of the broader government sector – including contractors – envision and reach for the unknown.

Of course, democratic government is (purposefully) structured to perpetuate and reinforce the status quo. Multiple branches of government are meant to separate powers from an all-powerful entity, monarch, or dictator. Bureaucracy is a feature, not a bug. As such, meaningful change in politics and in policy within a democracy is intentionally hard. But sometimes change is needed. After all, everything around government is changing. And if government officials embraced the essence of fernweh as a yearning for policy that aligned with the realities of a rapidly evolving world, the status quo bias that pervades our society may be broken.

Oops, I Did It Again

It happens to all of us. You attempt to fix something around the house – perhaps a leaky faucet, blocked shower nozzle, or crooked shelf – only to make a bigger mess than what was there to begin with. We thought we knew what we were doing, but actually we didn’t. It was more complex that we thought. Our intentions were good, but our intentions don’t always result in the best outcomes. The Germans have a word to describe this dynamic quite well — verschlimmbessern. Verschlimmbessern can be loosely translated as making something worse by a well-intentioned but misguided attempt to make it better.

The concept of verschlimmbessern may come across as antithetical when coupled with weltschmerz and fernweh. Perhaps rounding out the Top 3 German words for government officials with it is a bit hypocritical. After all, the two earlier words were meant to compel action, propel change, and incite status quo fatigue. Verschlimmbessern, if embraced by government, may actually stymie many of the ideas we just explored.

Let’s be clear. Government needs to be driven to act, change, and innovate. But government needs to realize that it is not blameless and infallible. It needs to take responsibility not just for taking timely action but also for the outcomes of said action. Despite the noblest of efforts, sometimes policy choices and program-related decisions backfire. They do more harm than good. Often, the second and third-order effects of a decision aren’t fully understood right away. Impact takes time to manifest. The examples are wide-ranging. They include the infamous “war on drugs”, ethanol subsidies, trade tariffs, “stop and frisk” policing, and the Community Reinvestment Act of 1977. All aimed to address one thing and eventually caused numerous unintended others.

All decisions can be classified as one-way or two-way doors. Sometimes, poor decisions (if possible) need to be walked back. That is just part of the game. Clearly defining the intended outcomes – not just immediately, but over time – is critical. Especially in government. The best intentions may benefit one area or metric but have unintended consequences across a multitude of others. Holistic performance management and systems-thinking would be empowering. Government officials could then enact better policies and make better decisions knowing that verschlimmbessern.

It is interesting information

How to Become the Most Valuable Employee