What is an Ally?

Ally. You’ve probably heard the term used before in different contexts. When I was growing up, I remember Batman’s No. 1 ally was Robin, a vigilante who was his partner in crime.

According to Webster’s New World Dictionary of the American Language, an ally is someone “joined with another for a common purpose.”

In the context of diversity, equity and inclusion (DE&I), an ally is an agent of change. It is someone who advocates and speaks up for underrepresented or marginalized groups inside and outside of the workplace.

At the Intersection of Allyship and DE&I

Research tells us that women make up nearly 50% of the workforce, but only 16% of the board seats at the 500 largest companies in the U.S. We also know that the wage gap between men and women and people of color is a perpetual problem that needs serious attention. The act of allyship is the cornerstone to effective diversity and inclusion practices for many organizations.

Why Do We Need Allies?

Invisibility, disrespect and exclusion are challenges that women, people of color, the LGBTQ community and individuals with disabilities frequently encounter at work. Allies know how to create safe spaces for those who feel invisible at work as a result of historical policies and practices that have discounted them.

Unlike Batman and Robin, allyship is not a superhero adventure. Being an ally is daring leadership. It takes awareness, intentionality, courage and commitment. The essential act of allyship is fighting for a cause greater than oneself and not for oneself alone. It’s no small feat!

What Does It Take to Be An Ally?

To be an ally is not a self-centered or self-serving duty. Most people are unaware of what true allyship looks like or how to practice it in a meaningful way.

Allyship is a verb and requires action. Being an ally is about solidarity and social justice for marginalized people. It’s also about disrupting and changing systems that have historically disempowered them.

How to Become An Ally at Work

If you’ve never had to speak truth to power, using your voice to uplift or to confront may feel foreign or even downright unnerving. Get to know your position, power and privilege within deeply entrenched systems of oppression.

But that’s only half the battle. Learn as much you can about the history and experiences of the group you wish to ally with. Also, form genuine partnerships with them by focusing on building trust and increasing their visibility.

The How-To of True Allyship

The Oregon Coalition Against Domestic Violence created a Working Definition of Allyship that lists practices to follow. Here are a few that resonate with me:

Are You Ready to Become An Ally?

Allyship can be tough, yet rewarding. However, the victory that comes from seeing real change is not yours alone. It is for those you have chosen to champion.

If you’re serious about becoming an ally, I highly encourage you to dive deeper by examining your intentions, expectations and understanding of what real allyship looks like. Here are some tools to help you in your journey:

Kima Tozay is a Licensed Clinical Social Worker and subject matter expert on Counseling and Advocacy programs in her role at Navy Fleet & Family Support Center, Everett, Washington. Her government career spans 15 years, starting in the Navy. Kima completed her Masters in Social Work degree from the University of Washington and has held positions with the Veterans Affairs Department (VA) and the Army. Kima’s greatest career accomplishment is receiving the Federal Employee of the Quarter Award for her leadership during the COVID-19 pandemic. She earned an Executive Leadership Certificate from Graduate School, USA. You can connect with Kima on LinkedIn. 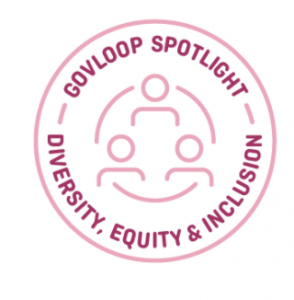 How Can Digital Government Connect Citizens Without Leaving the Disconnected Behind? Part 1

DevSecOps and Culture: The Essential Mindset for Mission Success Pt. 2