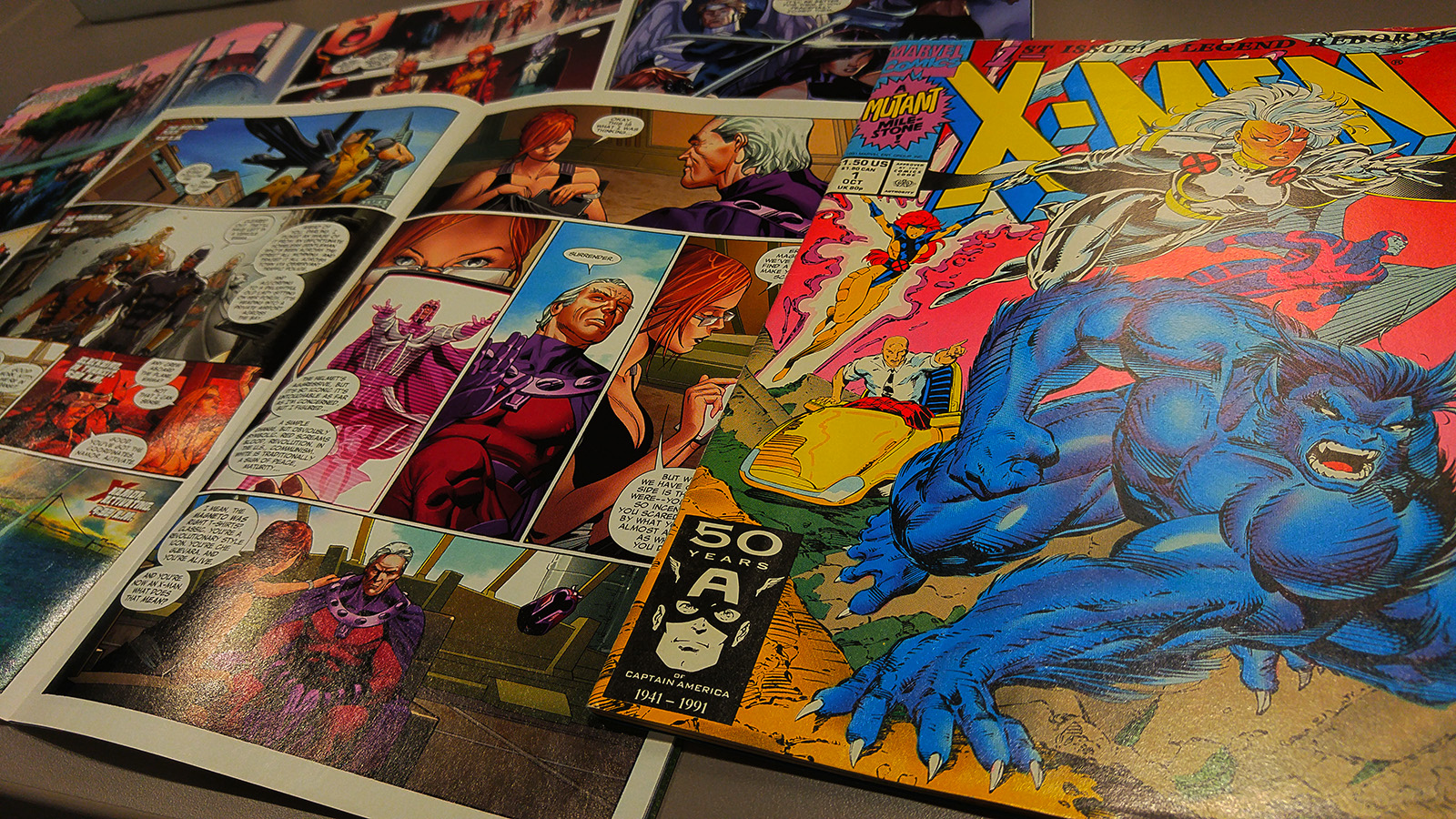 A short time ago in a blog post not far away, I penned a comic book lesson in government collaboration inspired by The Avengers. It’s time to return to the comic book well once more, this time taking a lesson from Marvel’s other iconic superhero team, the X-Men. The band of heroic mutants returned to movie screens just a few weeks ago for their latest cinematic adventure, X-Men: Apocalypse. The film features all the things one would expect from a big-budget comic book adaptation — there’s no shortage of BANG’s, POW’s, and WHACK’s. But if you take a closer look, it also features some food for thought regarding communications, conscience, and how we engage with human institutions.

Not buying it? Well, let’s dive in — spoiler sensitive readers be warned.

The Most Important Role of All: Communications

As the title of the film hints, the major threat the X-Men face this time around is the comic book villain Apocalypse. An ancient mutant styled after human gods and deities, he wields unspeakable — if not vaguely defined — powers. Strengthening the connection to our religious traditions, he seeks out four powerful mutants to be his disciples — the four horsemen of Apocalypse, if you will.

For all the power he and his allies have however, Apocalypse stands in awe when he discovers Charles Xavier, leader of the X-Men and one of the most powerful telepaths in the world.

Ol’ Professor X soon becomes the center of Apocalypse’s designs. In short time, Apocalypse taps into the professor’s telepathic abilities to send a message to the people of the world.

Professor X’s abilities as a messenger continue to be integral to Apocalypse’s ambitions throughout the film. As he lays out his plans and gives his horsemen their marching orders, the imprisoned Professor X sarcastically asks, “And do I have a role to play in this madness?” Apocalypse replies in classic villain form, “Why Charles, you have the most important role of all.”

Say what you will about the villainy and brutality of Apocalypse (he does seek to wipe out all of humanity after all), he sure knows the importance of communications. With sincere admiration he tells Professor X, “Even I do not have the ability to be everywhere at once.”

That is the power of communications at play, even for us government communicators without telepathic abilities or other incredible mutant powers. A resonant message deployed effectively gives us the power to be present all over, across the various communities we serve.

But this power is nothing if it is not wielded with a guiding moral compass. And that is where the conscience of Professor Charles Xavier comes in to play.

Throughout the various adventures of the X-Men, Charles Xavier’s telepathic abilities may take center stage, but I would argue that what really defines Charles is his conscience; his integrity and sense of moral conviction guide all that he does and keep the X-Men going strong.

A deeper dive into Professor X’s history provides more inspiration in this regard. While Apocalypse is the baddie of the moment, we all know Magneto is the most enduring enemy (or frenemy, depending on the day) of Professor X and his X-Men.

The X-Men films do a great job exploring how Professor X and Magneto try to reconcile their vastly different views of the world. To me, what this difference ultimately boils down to is trust in institutions and belief in the humanity beneath them.

Magneto, a survivor of the holocaust and many other horrors, is incapable of trusting human institutions. He has too often seen those with power — governments, law enforcement entities, and more — abuse their power or let fear and malice corrupt what they do.

Conversely, Professor X shows great belief in humanity and sets out to use institutions to build a better world. He has a (mostly) friendly relationship with the CIA and other government entities. He leverages another tried-and-true institutional form, academia, establishing a school for young mutants. There he gives them the opportunity to master their powers and become productive contributors to society. Living amongst these extraordinary powers, he even explicitly acknowledges that this latter goal is the most important one.

And finally, in his relationship with Magneto and others, he rarely uses his powers of telepathy to force compliance or sway outcomes. Though he sometimes stumbles on this front, above all he values dialogue, trust, and respect when building teams and trying to reach his goals.

The X-Factor: Communicators as Messengers, Teachers, and Leaders

And that’s what it all comes down to. Charles Xavier is a powerful leader — sought out by young mutants and infamous villains alike — not because he is a telepath, but instead because he is a messenger and a teacher.

As government communicators — and leaders — we should strive to meet a similar standard. We should never foster engagement through manipulation, force, or trickery. Instead, we should prioritize trust, respect, and candor when reaching people and engaging them in what we do. As we do that, we can hold everyone in our organizations to the same standard.

As the messengers, we have the power to create fewer Magneto’s and more Charles Xavier’s — people who engage with public institutions and their fellow humans, working together to create a better tomorrow.

How to Integrate Video Into Your Daily Communications