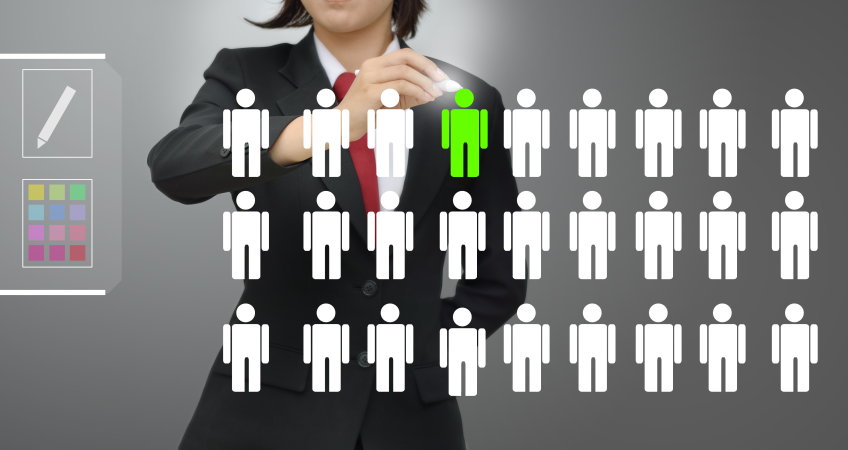 Following a wave of change in the private sector, the Office of Personnel Management (OPM) is stepping up its game when it comes to employee engagement.

GE and the Private Sector Movement

For the past year or so, the press has frequently reported on movement away from the often-dreaded, much-loathed (choose your disparaging descriptor) annual performance review in favor of more regular, informal dialogue and conversations between workers and managers.

Some of the largest corporations – including General Electric, Microsoft, Adobe and Accenture – have abandoned or have announced their intentions to abandon annual reviews. These announcements have been met with much fanfare, for good reason: Many of these companies are long considered models of performance management.

It’s hard to dispute that organizational needs must evolve with the shifting workforce, as boomers retire and millennials represent the majority in more and more organizations. A less-regimented system with increased feedback fits the new reality. “The world isn’t really on an annual cycle anymore for anything,” says Susan Peters, GE’s head of human resources. “I think some of it, to be really honest, is millennial-based. It’s the way millennials are used to working and getting feedback, which is more frequent, faster, mobile-enabled, so there were multiple drivers” in making GE’s change.

Next Up: OPM and Agencies

Now the federal government is joining the charge.

Earlier this month, the OPM released new guidance on performance evaluations. Acting director Beth Cobert unveiled Performance Management Plus, a plan to move beyond annual evaluations as a sole feedback tool and encourage managers to actively increase engagement with their employees. Research shows that professionals feel most empowered and enabled to succeed and grow when there is continuous dialogue about position expectations; the alignment of position responsibilities and the agency mission; progress toward expectations; and areas of strength and/or needs for improvement. Given this, Cobert wants to transition the government to the new model.

As is often the case, it’s trickier within the public sector to initiate significant change. While there are many similarities with private industry, agencies face their own unique set of challenges, most notably numerous regulations and mandates that aren’t going away. While regulations are commonly associated with hiring, they are also tethered to reviews, employee classifications, promotions and compensation.

While engagement has declined at companies in general, the government is dealing with arguably even greater problems than the private sector: Its annual satisfaction surveys reveal disheartening numbers, with worker satisfaction at just 64% and leadership scores even worse. Staff morale is also low. Because countless research findings demonstrate that organizations with happier, more engaged employees outperform their counterparts, the survey proves especially troublesome.

Despite the inability of much of the government to make modifications quickly, it can elevate engagement more swiftly than might be expected.

As Cobert says, “we have the right tools and structure to promote merit-based management and accountability to the American people” and current regulations allow agencies to enhance engagement practices by establishing work expectations while monitoring and rewarding continued performance. Furthermore, agencies can now design their own engagement plans under Performance Management Plus.

The fact that agencies may develop their own engagement plans is great news. Still, there are obstacles to overcome, as many federal offices surprisingly remain shackled to paper processes. This results in the redundancy of tasks, wasted resources and an inability to gain decision-making insights from analytics and reports.

Fortunately, today’s world frees agencies from the restraints of expensive, hard-to-implement and hard-to-use legacy systems. Technology can foster rapid, compelling change, paving the way for the improvement of engagement and overall employee performance. Utilizing modern, automated solutions, agencies can easily move off pen-to-paper and fillable forms in their review process, opening the door for better record-keeping of both formal and informal reviews. While ongoing conversations between workers and managers are beneficial, both parties can easily forget important points and takeaways from these conversations over time. The best, modern systems allow for the recording of the most pertinent points of these dialogues so staffers and managers can always access them. This also facilitates coaching and mentoring, another key component of better employee engagement.

With conversations and reviews recorded online, a whole new world opens up. In addition to the benefits afforded by individual discussions to the participating parties, agencies can make further improvements by analyzing all performance data.

How is your agency handling employee engagement?

I enjoyed reading this post! It’s good to hear that the new technology can lead to optimal engagement.

Thanks for this post! I look forward to seeing the widespread effects of this shift in engagement.

I question whether reforming the annual review process will improve engagement. Engagement is so many other different things that are personal in nature and not completely captured in analytics and reports. I think we mislead folks to think that the OPM plan is the magic pill. Based on their history, it will probably create more disengagement.

Engagement has never been a top-down exercise. It has to be a grassroots effort that bubbles up from the bottom of the organization.

Thanks for your comment, Richard. I agree that engagement is so many other different things that are personal in nature and not completely captured in analytics and reports. And I also agree with you that the OPM plan is not the magic pill and it needs buy-in and real “engagement” at the grass roots level.

However, once (if?) real, two-way communication and engagement take hold within an agency, then analytics and reporting can be beneficial and provide real insight and value to the agency, allowing it to make further improvements. But you’re right, you can’t just declare “engage” and think that’s the answer.

Hopefully, the OPM initiative is a step in the right direction, but we shall see.