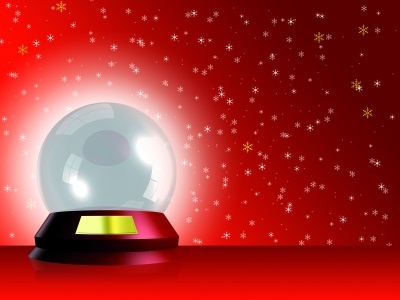 The late leadership guru Robert Greenleaf said it is an ethical issue if leaders fail to “make the effort at an earlier time to foresee today’s events and take the right actions when there was freedom for initiative to act.”

Greenleaf’s statement is pretty strong.  And most people would think that he refers to political leaders.  But his observation is pointed at leaders at all levels.  Efforts to create a strategic foresight capacity in the U.S. federal government have experienced fits and starts over the past 40 years.  But in recent years, there has been some progress at the agency level, largely at the behest of political and career leaders who appreciate the value of foresight as part of their decision making processes. They might not think of it in terms of an ethical issue, but as good leadership.

A recent meeting at the National Academy of Public Administration examined the state of play in the development and use of foresight methods in the federal government and compared it to the approaches used by our neighbor to the North, Canada.  There were real differences.

What Is “Foresight?” Foresight is not making a prediction about the future.  Daniel Kim, a former colleague of Greenleaf, says: “foresight is about being able to perceive the significance and nature of events before they have occurred.”  New Zealand professor Jonathan Boston, who is writing a book about strategic foresight systems in various countries, observes that leaders throughout history have undertaken efforts to look beyond the horizon by “consulting prophets, oracles, priestly castes, fortune tellers, and astrologers.”  He notes that good long-term governance today should rely on other approaches to help leaders look ahead and reflect on ”the implications of current decisions, events, and trends” in order to make more informed policy choices today and their effects on tomorrow.

Different Approaches to Foresight.  Is the use of foresight a personal leadership characteristic or should it be an institutional element in governance? There is a range of different approaches that are appropriate for different cultural contexts, but there are trade-offs among each.  These include:

Each of these approaches has strengths and weaknesses in terms of their scope, impact, and relevance to leaders in decision making. For example, embedding such a function in the White House could make the use of foresight more prominent in decision-making, but it could also be seen as being manipulated by the political process and eliminated with a change in ruling party. In contrast, an independent function might be seen as impartial but it could also be treated as being irrelevant by policymakers.

The U.S. Approach to Strategic Foresight.  The current U.S. approach seems to align with several of the latter approaches, where individual agencies are taking the lead, but are working together.

The Federal Foresight Community of Interest.  Two years ago, foresight professionals from around the federal government began meeting informally to share among themselves their insights and methods. Based on their initial meetings, it became clear that foresight methods exist in a range of federal agencies, but their uses are at different levels of maturity. The group now has about 100 participants representing about 30 federal agencies and it meets quarterly.  It is in the process of developing a charter and governance system, with the intent of remaining informal for the time being.  Some of the issues being addressed by this broader community include:

An Agency Example:  The Department of Veterans Affairs.  The VA is an example of how one large agency approaches strategic foresight. Then-secretary Eric Shinseki created an Office of Strategic Studies and located it in the larger Office of Policy and Planning.  It is small, with a staff of five, but it has “positional authority” because of the personal interest of the Secretary and its placement in the Office of Policy and Planning.

The Office contributes to the development of the Department’s Quadrennial Review and strategic plan.  For example, the staff went into the field offices to conduct scenario planning and environmental scanning exercises, as well as conducting similar exercises at the leadership level in headquarters. Their impact to date has been along two dimensions: Fiscal – for example, ensuring the attention of policymakers regarding the location of hospitals in the VA network, and Qualitative – for example, they helped develop an understanding of the “narrative” of public support for veterans in the future (when there may be far fewer veterans in the population).

The Canadian Approach to Strategic Foresight.  The Canadian government has taken a different approach, creating a separate agency to serve as a champion for the development and use of foresight capabilities.  Policy Horizons Canada was created in early 2011 to provide a strategic foresight capacity to Canadian federal departments and agencies. The cadre of career deputy ministers wanted a broader context in which to set their own agencies’ strategic plans, which typically are 3-4 year projections of recent past trends – which was not “strategic foresight”

The agency has a steering committee comprised of the Clerk of the Privy Council (equivalent to the head of OMB in the US) and 9 deputy ministers (equivalent to deputy secretaries in the US, but they are career instead of political appointees).  The agency has a staff of 25 with a budget of $3.5 million.  They provide more of an “arm’s length” analysis of trends than agencies typically have the scope or capability to produce on their own.  They see their role as focusing on the drivers of change, rather than trends.

They try to identify the underlying assumptions being made by agencies and surface them before the unidentified assumptions create problems.  They do this by using several techniques:

Their goal is not to create foresight shops in each of the agencies, but rather to integrate the use of foresight into the tool kits of existing agency analysts.  They sponsored training but found the best approach was to detail agency analysts to Policy Horizons Canada to work on a project for several months, use a series of foresight tools to do their work, and then send them back, thereby creating an ever-expanding network of people with a different analytic “lens” on the world.

They believe their work has influenced policymakers.  For example, Policy Horizons recently conducted a metascan on the role of emerging technology in changing the nature of work.  As a result, various government agencies are now re-thinking their approaches to social policy.

Helping Leaders Lead.  Elected political leaders sometimes like to believe they already have the vision and foresight – that’s why they were elected.  However, based on the Canadian experience, the career civil servants want to help. They find a value in a more systematic, professionalized approach using institutional mechanisms and processes that allow them to provide useful advice to policymakers.  In the U.S. and other countries, the effective use of foresight all too often is dependent on having a personality in a leadership position who is a champion of a foresight process and the insights it produces.

Do we wait for top leadership interest, or should leaders at all levels in agencies take on the responsibility for incorporating foresight into their decision making?  Greenleaf would say the latter, as an ethical responsibility of being a leader – and helping leaders lead.  The Federal Foresight network suggests that the latter approach seems to be evolving.  But maybe the Canadian approach might serve as an inspiration!

Often ignored perspectives. Kudos, John, for bringing this topic to the forefront!!