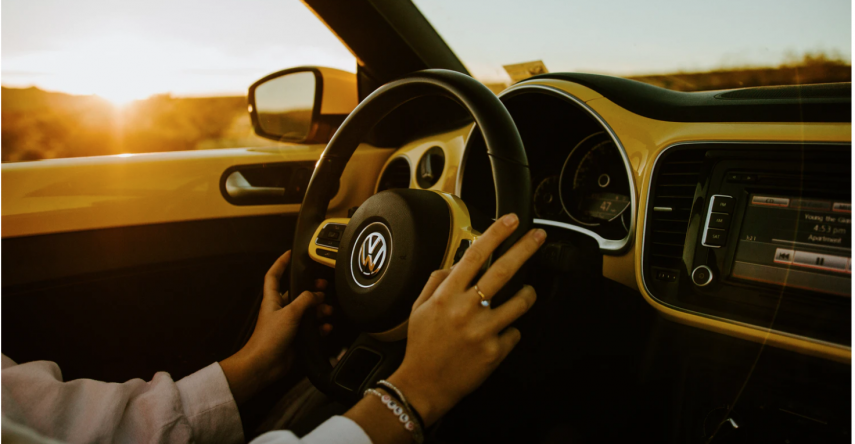 I turned 29, was in a serious relationship and had a fantastic job. I worked for a private consulting firm that dealt mostly with public agencies. The office had an unbeatable view of the Manhattan Beach Pier in Los Angeles, California. I was volunteering for my local American Public Works Chapter and had started a Young Professionals Committee. I had just completed a yearlong rigorous leadership academy and had spoken at two National Conferences. I was a published author and to any onlooker from the outside, I seemed as if I was on top of the world. Each conference I went to was an opportunity for me to show the world how great my life was.

The false reality I was living in came swiftly crashing down on me. The culture of where I was living is a drinking culture. Every social event is centered on a happy hour. Each night I hung out with my girlfriends, we purchased a handle and didn’t remember falling asleep. My boyfriend drank too much one night and physically assaulted me in public. We broke up and I moved into a 458 sq. ft studio where I paid three quarters of my monthly salary. My lifestyle was not sustainable but I kept repeating one thing to myself – I was in control of my destiny and the situation I was in was not my final destination. I became severely depressed and consulted my doctor. I stopped drinking, but I lost my friends. I began to look for drastic changes.

I quit the consulting job. I played around working for a dog walking company, got a job at a bar (what a terrible idea) and tried to make a life work in Los Angeles. Everywhere I turned I saw people who had more money than I did, who seemed ‘Instagram-happy’. The friends I lost were getting married and having babies, their lives were moving on without me. I was stuck, in a rut I had created, and I needed to get out. I moved in with a friend, yet even in a shared space – it was rent I couldn’t afford. And then I made one of the greatest decisions of my life.

A friend I was close to in high school always raved about Oregon. There was no sales tax, they had seasons, rent was cheap and employment was plenty. With each passing day in Los Angeles, the idea of dropping everything and starting over became more and more appealing. So I did it – I sold all my furniture, packed up my tiny Mitsubishi Mirage with my most precious belongings and my two dogs, Giselle and Leia. We drove 17 hours up the coast to Albany, Oregon where I slept on the couch of my high school friend, freaking out about what I had just done.

I would like to talk about my mental state at this point. I was extremely lonely and scared. I was sensitive and emotional and not very fun to be around. It was because of this that my high school friend called me when she was at work, and told me to be out of the house by the time she got home. She didn’t care where I went, just that I wasn’t in her house anymore.

There I was in January, on my 30th birthday, in a dirty motel room where a guy strung out on drugs was knocking on my window, asking me to come in so he could wash his hands. There were many factors that led to this point, but I kept repeating one thing to myself – I was in control of my destiny and the situation I was in was not my final destination.

I had applied for jobs as soon as I got to town, and a place in Corvallis – just 20 minutes south of Albany – gave me my first opportunity in Oregon. While I waited tables, I saved a lot, bought some nice clothes from the Good Will, and took every opportunity to interview I could. I eventually landed a Limited Duration position with the Oregon Department of Transportation (ODOT).

I eventually got a cute townhouse in Corvallis where my dogs could have a backyard and the neighborhood was safe. I had to sleep on the floor until I could afford a mattress, but I was paying a third of the cost of my studio in Los Angeles. I had to commute 45 minutes, but I was delighted to get a salary position with benefits. One of my trainers at the restaurant was sweet on me and convinced me he was a nice guy and that I should give him a chance, so we eventually started dating.

I now have a permanent position with the same section I started in at ODOT. I moved in with the nice guy and we have been dating for a year. I am more financially stable than I have ever been in my entire life. I have few friends, but strong relationships. I cannot believe where I was just a year and a half ago. I don’t want to think of where I would be if I had stayed in that toxic environment.

I wanted to share this story for you women and men who are at a time in your life where you aren’t happy and you can’t quite see the light at the end of the tunnel. Maybe the answer isn’t moving to a new state, but I do know this – yes, it does get better. Yes, you can get back on your pedestal. Yes, you do have control of your destiny. I believe in you.

I would like to offer some advice if you are finding yourself in questionable circumstances.

Ask yourself, what defines success to you? What would make YOU happy? For me, it was a career I could advance in, financial stability, and quality of life. I had to think hard about what it would take for me to get those things, and I wrote the steps down. There is tons of research that supports the idea that writing things down helps solidify them in your unconscious brain and also helps your conscious brain see the path clearer. To acquire the career and financial stability I needed to be in an environment where I could make enough money with the skills I had to afford the lifestyle I wanted. In Los Angeles, you need to make $80k-$100k to live in the neighborhood I grew up in, and that was not feasible for me with my education at the time. Therefore, I needed to look for jobs in neighborhoods where I could comfortably live. I did explore the inland empire and central California, but the weather and amenities were not appealing to me. Eventually, after writing down pros and cons for the places I thought would fit me best (like hiking, seasons, taxes, oceans, mountains, etc.) – Oregon came out on top.

Another important aspect of your life you want to examine would be the five people you hang out with most. These people subconsciously influence you down to your mannerisms and how you like your coffee, or what you order for breakfast. I had a girlfriend who was a co-owner of a very successful small company and owned a house in an affluent neighborhood in the South Bay. We had gone to school together at a very young age and reconnected in our later 20’s. However, she did not like to volunteer her time, she spent tons of money on random weekend trips, she drank every day, and she did not treat her family or her boyfriend very kindly (she would get in cussing and yelling matches at restaurants on the phone with them in front of me!). Though I had great memories with her, I admired her business aptitude, and I wanted to have financial stability like she did to travel – the other parts of her life were bleeding out onto me. Around her I was not the person I wanted to be, and I found myself spending money I didn’t have on alcohol or trips just to keep up with her. It was very hard for me to think that I needed to walk away from her, but I had to thoroughly examine our friendship to see that it was more of a companionship and was not based on anything other than similar bad habits.

Remember, maybe the answer isn’t moving to a new state or changing your friend group, but – yes, it does get better. Yes, you can get back on your pedestal. Yes, you do have control of your destiny. I believe in you.

“Adding Value” to an Organization after 40+ Years