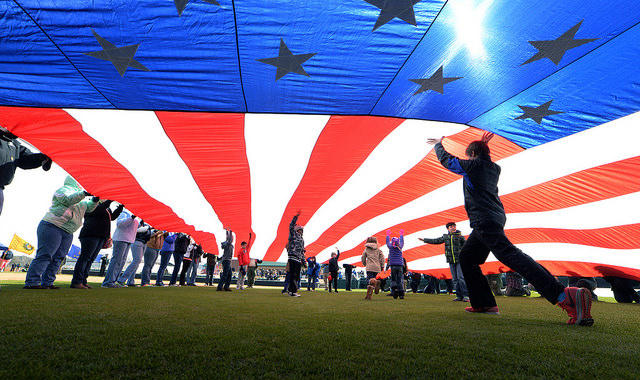 The public conversation about health and health care can be fast-paced and free-wheeling — words not often associated with the federal government. While we are not in control of the conversation, government workers can still listen and contribute to it. We can seed it with facts and ideas. We can respond to questions. We can be human, even as we maintain a thoughtful and focused public presence. All by leveraging the power of online communications.

Parallels in other industries can guide us:

Procter & Gamble (P&G) maintains one of the savviest marketing teams in the world. They focus on deeply understanding their customers and then tailor their products, packaging, and advertising to fill people’s needs. Traditionally, they ran year-round phone surveys and focus groups, but within the last decade started to shift their resources toward monitoring the public conversation on social media.

A few years ago I was at a small White House meeting about how to reach people with messages about HIV prevention when a P&G executive shared their new rubric: “to listen more than ask.” The truth of people’s lives is displayed online and the best way to market to them is to respect that truth. P&G – and savvy public health leaders – learn by listening in on the natural conversations people have about their choices (whether they concern laundry detergent or condoms) and then shift their strategies accordingly.

Deputize the people formerly known as the audience.

Openness gets people on your side. When you invite people into the conversation before an event or a product launch, it builds anticipation, makes them feel part of the process, deputizes them to disseminate your message, and provide feedback when it is inevitably in need of improvement.

An example from the publishing world: Amanda Palmer is a musician who walked away from a traditional label and instead used Kickstarter to raise money for studio recordings. She also used social platforms to find places to sleep while on tour, often in fans’ homes. She shared the process of writing her book, The Art of Asking, on Twitter, Facebook, and Instagram, warts and all, releasing excerpts all along the way, turning the process inside out. When her book came out, it shot to the top of the bestseller lists.

John Green, the wildly successful author of books like The Fault in Our Stars, is another pioneer of this method of fan-driven publication. His Nerdfighter tribe is an international phenomenon.

Science and evidence are our kernel.

A core principle of Open Source software development is to release a product before it is perfect and invite other users and developers to help you improve it. Linux is the most famous example. By opening up the process, it has become one of the best operating systems in the world – more reliable than anything produced by a single corporate team of developers working in isolation and secrecy.

Note that Linux is not a free-for-all development space. Linus Torvalds, the famously unfriendly programmer who wrote the first version of Linux, trusts only a few other people with the power over the entire kernel of Linux. Linux is a meritocracy, not a democracy. That is the model I see working for government technology strategy: open to possibility, but insisting on excellence for final products. At HHS, science and evidence are part of our kernel.

But community improvements to science and technology do not happen in a vacuum. Social media is an opportunity to draw attention to our efforts, and to ensure that we have the “many eyeballs” that keep bugs shallow.

The White House turned part of the State of the Union press strategy upside down when they posted President Obama’s prepared remarks on Medium at the same moment they released them to the mainstream press. Instead of placing the document under embargo, giving it only to the anointed, the press office opened it up to anyone with internet access.

I love this introduction posted on Medium:

“There is a ritual on State of the Union night in Washington. A little before the address, the White House sends out an embargoed copy of the President’s speech to the press (embargoed means that the press can see the speech, but they can’t report on it until a designated time). The reporters then start sending it around town to folks on Capitol Hill to get their reaction, then those people send it to all their friends, and eventually everyone in Washington can read along, but the public remains in the dark.”

I look for opportunities to “flip” any panel, presentation, or event on my schedule. I tweet and blog in advance and then after the event ends. No conversation is ever over.

In that spirit, I’d like to invite you to think along with me and the HHS IDEA Lab as we consider these questions:

Tweet your answers — including links to blog posts if you have a lot to say — to us: @HHSIDEALab.

The IDEA (Innovation, Design, Entrepreneurship and Action) Lab advances the HHS mission by empowering ideas and collaboration that will lead to impactful solutions. Visit – hhs.gov/idealab to learn more.

Great post Susannah! I think crowdsourcing solutions is such an underrated, smart idea for government organizations. Reminds me of this story I saw a while back where researchers developed a video game that crowdsourced the public to help them uncover critical information about the AIDS virus.

People definitely love to feel involved in the decision-making process.

Thanks, Olivia! Yes, that’s exactly what I mean — we should use the tools available to us, even if (especially if) it seems like an unusual application for the problem we’re facing. I’d love to hear about other examples if people have some!

Love the idea of pulling private sector know-how into government initiatives. Thanks for sharing!

Topic: Why It’s Time for the Government to be Part of the Public Conversation about Health and Health Care

Board of Supervisors of Fairfax County has a “Priority List” of 8 Priorities, top three , quality education, safe streets & neighborhoods, and clean environment among 8 such prioritties in the list., all have an “element of “Healthier Community”. Here is added clarity as how this process works, often with Private Public Partnership protocol when appropriate, engaging citizens and business. ” By engaging our residents and businesses in the process of addressing these challenging times, protecting investment in our most critical priorities, and by maintaining strong responsible fiscal stewardship, we must ensure “. Source: Fairfax County, VA Board of Supervisor Page (Priority List) .