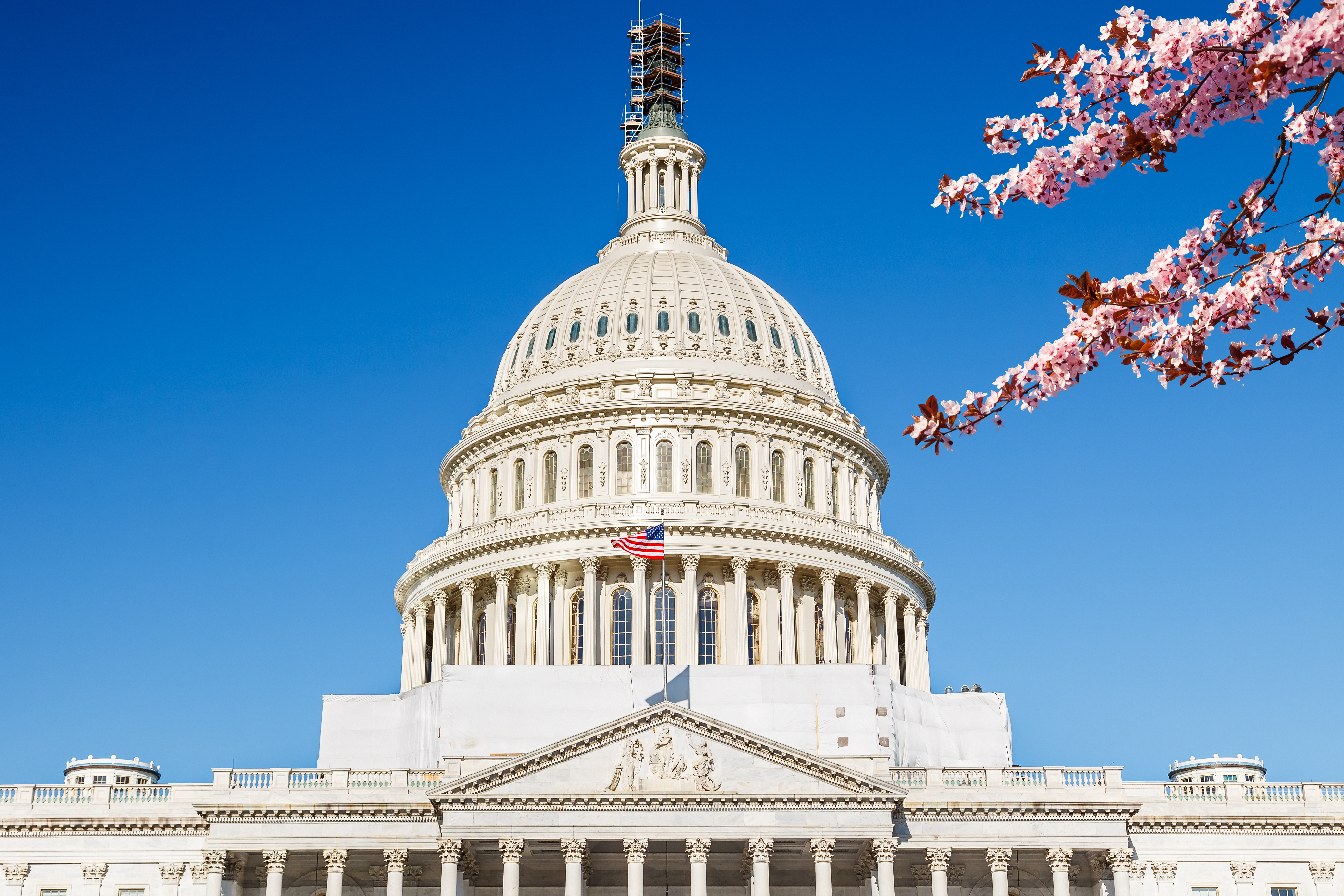 Did you know that March is Women’s History Month, which is being observed government-wide? This is a bit ironic because the march for gender equality continues unabated in the 21st century. Moreover, women deserve to be respected, appreciated, recognized and acknowledged every day of every month of every year — not just during the month of March.

As an American citizen, I want my government to be representative of the female population and working women from coast to coast and border to border. In fact, women now account for 50% of the U.S. labor force and are earning more college degrees than men, according to government data. Thus, considering these important metrics, one would expect the U.S. Congress to have a healthy number of women representing the American people. Unfortunately, that’s still not the case.

Here’s a pop quiz: which elite body of the world’s most democratic government still has a conspicuous scarcity of women?

Answer: the U.S. Senate, of course, which is one of the most traditionally male dominated workplaces in American history.

In fact, women’s representation in the Senate has been dismally low for over 200 long years. Consider these facts from Wikipedia:

Yet there’s one female former senator who has been an unsung hero and trailblazer for women’s rights inside and outside the U.S. Capitol for decades.

She recently resigned from the 114th Congress after becoming the longest-serving woman in Congressional history (House and Senate combined).

Nevertheless, few Americans outside of the Washington-DC area know her name — much less her many achievements for women in a legislative body dominated by men for 228 years and counting.

“Senator Barb,” as she was affectionately known to her constituents, has had a big influence on women in Congress by making significant contributions to gender equality. Her accomplishments to help women thrive were made in one of the most important governing bodies on the planet, yet one in which gender equality usually wasn’t a legislative priority.

Mikulski has been a role model for women throughout her long career in Congress, standing up and speaking out on behalf of women’s rights when few others would. And while she lacks a towering physical presence — standing at under five feet tall — Senator Barb made up for it with towering leadership and a tenacious work ethic.

Moreover, she was one of the most humble and modest members of the Senate, a place where arrogance and narcissism are usually par for the course. In fact, Senator Barb gave public service a good name. This is something exceedingly rare in Washington’s toxic political environment where partisan mudslinging too often takes precedence over doing the people’s business.

Despite a consistent climate of political bickering and legislative gridlock, Senator Mikulski remained a model of public service, a champion of women’s rights, and an effective legislator and influencer.

Her tenure coincided with one of the most tumultuous periods on Capitol Hill since President Harry S. Truman coined the infamous term, “Do-Nothing Congress” in the late 1940s. Senator Mikulski served during a time when the institution of American government was denigrated by citizens and the media alike (much like today). Yet in the midst of several Congressional sessions in which legislators did nearly nothing, she actually did something. Senator Barb fought for women’s issues as the first female chair of the powerful Senate Appropriations Committee.

Senate Chamber: Sen. Mikulski is pictured in the first row, sixth from far left in a wheel chair due to a foot injury. Nothing stopped her.

Leading A New Generations of Women

At a time when most Americans were repelled by government, Senator Barb was busy challenging the male dynamics of Congress and reinventing the status quo. She successfully attracted more women to the highest levels of public service by recruiting female candidates to run — and mentoring them as freshmen senators after they won.

Mikulski is an unsung hero who led a new generation of women in the Senate on a bi-partisan basis by, among other things, hosting regular strategy sessions and luncheons for female legislators on both sides of the isle. The Washington Post highlighted Mikulski’s decades-long crusade to make the U.S. Senate:

“A place where women belong” by being “a role model for generations of women in politics — in both parties.”

Senator Barb pushed issues of justice and equality for women to the forefront of Congress during her 10 years in the House and 30 years in the Senate. She also refused to cater to the entrenched political establishment or be “bought off” by lobbyists and special interests. Instead, she blazed her own path despite the dysfunction in the nation’s capital, generally.

Senator Barb was always “focused on getting things done for her constituents,” as the Post put it. This is a lesson more members of Congress ought to learn. However, Barb from Baltimore was not your typical member of Congress. The Washington Post observed, for example:

“Mikulski has always lived modestly; she has a net worth about one-tenth that of the average senator.”

As a U.S. senator, she still lived in the city of Baltimore among the people who first elected her, commuting to Capitol Hill on a regular basis. In essence, Senator Mikulski exemplified the true nature of public service for we the people — rather than for lobbyists and the big donor class.

Among her many achievements, Mikulski led a crusade for women to receive equal pay for equal work. Her mission culminated in the enactment of the Lilly Ledbetter Fair Pay Act during the early days of the Obama Administration in 2009. President Obama said the following in remarking on Mikulski’s pending retirement last year:

“Her leadership serves as an inspiration to millions of women and girls across the globe to lead.” — President Barack Obama

That’s why Barbara Mikulski will be greatly missed in Congress (she’s pictured above in front of President Obama as he signed the Fair Pay Act into law). She put a higher priority on working for the people, rather than entrenched political interests (which are all too common in Washington). She will be missed not only by the citizens of Maryland and her colleagues in the Senate, but also by female leaders nationwide and around the world who continue to fight for gender equality in all walks of life.

In addition to being the longest-serving woman in Congressional history, Senator Mikulski holds the following distinctions:

Therefore, it’s only fitting during Women’s History Month to pay tribute to the legacy of former Senator Barbara Mikulski. She remains a shining role model for public service and a champion of women’s rights.

Note: A similar version of this post also appears on Thrive Global (Medium).

ABOUT THE AUTHOR: I’m an independent writer and former featured blogger for GovLoop. My work as a strategic communications advisor spans over 20 years in the public and private sectors — including work in the White House, Congress, federal agencies, and national news media. You can find me on Twitter, Medium and LinkedIn.

Nice to see you back here, David. Long time no see.

According to this web page – https://sencanada.ca/en/senators/ – the Canadian Senate currently has 43 female senators out of 105. Not quite parity, but moving in the right direction.

One of the differences is that Canadian senators are appointed, and not elected. Constitutionally, there is a designated number from each province and territory. Appointment is nominally by the prime minister (who obviously receives a list of nominees), and will reflect the zeitgeist of the times. So the large number of female senators is a comparatively recent phenomenon. Once appointed, they may serve until age 75.

One can debate the relative merits of that difference ad nauseum, but one of the consequences is that the appointment aspect completely sidesteps the requirement to engage in campaign fundraising. There are certainly many hurdles that stand in the way of women participating in public life, and I would imagine the sort of networking needed to raise campaign funds in this day and age is one of them.

At the same time, the ability of people like Sen. Mikulski to serve so many terms *by the will of the people* (as opposed to mere appointment), speaks loudly for her competence and dedication.

Thanks so much for your valuable feedback, Mark, which is most appreciated kind sir. You make many important points about women in the Canadian Senate, which certainly appears more progressive and female friendly than the U.S. Senate. Again, thanks for taking the time to read and comment on this post, Mark. I wish you all the best!

What Govies Need to Know About Trump’s Budget