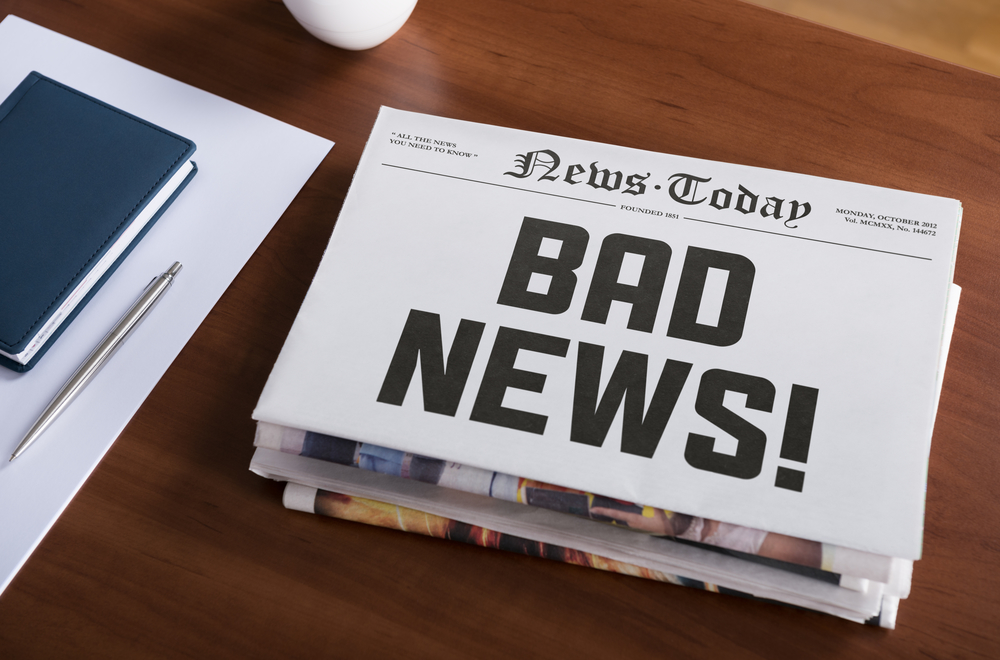 “Would you write about or ignore an issue that reflects negatively on the organization but people want to know about it?”

The short answer is “I’d write about it,” but to quote the genie in the animated movie Aladdin, “There are a few provisos, a couple of quid-pro-quos.”

First Off, Ask Why The Public Wants to Know

People want to know about a lot of things. They want to know about celebrity indiscretions and elected officials’ private lives and which department head is angry at another. If it’s just prurient or sensational information without a greater good, then we shouldn’t write about it.

But if the public wants to know about an important but sensitive topic — crime, public safety, emergency services, political wrongdoing — government communicators should advocate on the side of openness and transparency.

Too often, government folks use the word “transparency” but don’t act in that spirit. When we are required by law to publish salaries but hide the document in a place on a website where no one can find it because the information might “reflect negatively on the organization,” we’re doing a disservice to our constituents.

We need to use discretion — in the journalism world, we call that news judgment — to determine what’s in the public’s best interest to publish. But we should always, always err on the side of openness.

Another question we should ask ourselves is … 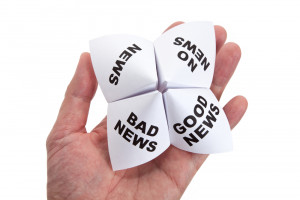 Some government leaders — elected officials and department heads — push back against posting content they believe “reflects negatively” on the community or the organization.

But what information truly reflects negatively?

Some officials don’t like posting on crime or public safety issues unless or until there’s a flat-out public safety emergency. The arguments are that crime news reflects poorly on our communities and that we don’t want to give our constituents a false impression that crime is running rampant.

I have a little different point of view. My opinion is that government has a responsibility to share public-safety information with the citizens we serve, even if that information isn’t always happy news and even if there’s no imminent threat.

It’s important to talk through with your colleagues what constitutes “bad news” and try to convince them that what they perceive as bad news might not be bad at all.

Here are four arguments I often make to support the notion that the Kane County Connects blog and e-newsletter should report about crime.

The Sheriff’s Office, Coroner’s Office and State’s Attorney’s Office are already publishing this information in the form of news releases, and for good reason — to keep people informed, to be open and transparent, to show what government is doing in the fight against crime.

By posting these news releases on the Kane County Connects blog, we provide that same information to a wider audience.

I say this: “Why go to all the expense and effort to put out a news release unless you want people to read it?”

We’re here to serve the public, and we should use all the tools in our toolkit to share information. 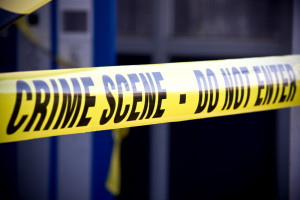 If you ask people what they care about most and what they want from government, public safety is always at or near the top of the list.

That’s supported by analytics of stories people read. If there’s a crash on Route 47 and two people are killed, people want to know, and that conclusion can be measured in page views.

Why do people click on those stories? Maybe they travel that piece of road and are concerned about its safety. Maybe they saw the emergency vehicles and wanted to know what happened. Maybe they were held up in traffic for two hours because the road was closed.

It’s not simply a case of “if it bleeds, it leads.” Citizens will trust government if we let them know what’s going on — even if it’s bad news. They’ll lose trust if we do not share the “bad news,” particularly if it’s a public safety issue.

(3) ‘Crime and safety’ is where most of citizens’ tax dollars go.

In county government, if you look at the budget pie chart, some of the biggest slices go to public safety and criminal justice.

(4) We can provide context

If I run a blog post about a series of car burglaries, I’ll add tips to prevent it from happening to you. We can actually help stop crime by making people aware of the dangers and what to do about it. 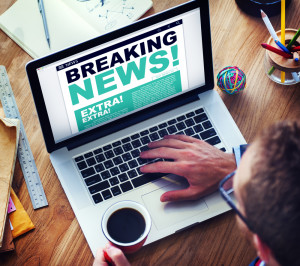 When there was a series of motorcycle deaths in Kane County last year, we were able to recognize the trend and work with the Sheriff’s Office to create a public-service story that identified similarities in those events and informed residents about motorcycle safety programs and practices.

This week, there were a pair of tragedies in St. Charles, IL — a father who killed his two daughters, wounded his wife, then took his own life, and a week later, the discovery to two 18-year-olds found deceased in a parked car. There were Coroner’s Office news releases and city of St. Charles news releases on both incidents, which we combined into blog posts.

We provided the facts in those blog posts, but we also acknowledged and emphasized that this was a community in mourning and in pain. By providing that context and sharing information about funeral arrangements, we engage with citizens in a very human way, add perspective to the often-difficult tasks of local law enforcers and emergency personnel and offer the highest possible public service.

Is this atypical government outreach? For sure. But I would argue that it’s more genuine, more effective and more engaging than almost anything local government has done in the past 50 years.

Does this type of coverage “reflect negatively” on our communities? I don’t think so.

Other Kinds of ‘Bad News’

Another frequent discussion involves when and how to post information about public health issues. Recent examples include the Zika virus, Ebola virus and, locally, the norovirus.

In Kane County, we’re very lucky to have an engaged, communicative and proactive Health Department. But sometimes we don’t get as much information out there as fast as we would like, in part, I think, because of the idea that it will “reflect negatively.” 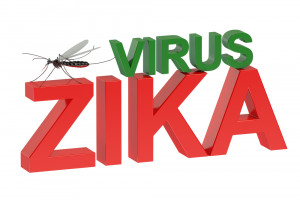 Here’s one example, and it’s a hypothetical. A school district decides to close a high school because half the students have called in sick. District officials email parents that the school is closed but don’t alert the local media. They inform the Health Department, but the department feels it has to wait for confirmation of the cause, which might come days later from the state health department.

This is information parents throughout the area will want to know about. But it doesn’t get out until some civic-minded parents forward the school district’s email to the local press.

Are other schools in danger if one district’s high school has a rash of illness? Maybe not. But it should be local government’s responsibility to say so — and in the digital age, it is a service that the public quite legitimately expects. We should report what we know, when we know it and then update stories when additional information comes in.

Another type of “bad news” falls under the categories of crisis management and personnel issues. When an elected official or government official is accused of some manner of wrongdoing, it is probably the most stressful and difficult time in any govie’s career.

I’m not going to take a lot of time on this topic, because there are endless treatises and how to’s, but I will say that it’s better to get ahead of the story and be the first to issue a news release. Often there are sensitivities and legal issues that make it difficult to act quickly, but purposefully delaying, obfuscating or covering up is always, always a bad idea.

There are countless other types of “bad news” that I think government ought to report more often or more quickly than we typically do, but I’ve already typed too many words, and I feel as if I ought to leave you with some final advice.

Way back in 1944, Bing Crosby and the Andrew Sisters released the Arlen and Mercer hit “Ac-Cent-Tchu-Ate the Positive,” which went on to win an Academy Award for best song in 1945.

The title and lyrics of that song supply what might be the best advice when you’re arguing in favor of posting content your colleagues and bosses might consider “bad news.”

To recap and embellish:

(1) As mentioned above, we can put a story into perspective. 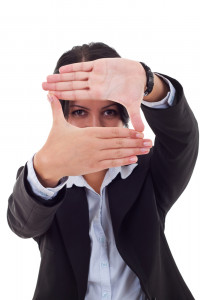 Even the most-tragic “bad news” has a positive side. We bear witness to a community’s caring, we affirm that we are resolved to prevent future tragedies, we point out ways to help people cope.

We can offer crime-stopping advice that resonates because it’s related to a real event — not just the annual, redundant heart-health week blurb that no one reads because there is no clear and present danger.

In addition to initial reporting, we can follow up with articles of depth. A murder conviction is a good thing, but helping readers understand the context — Is the murder rate up or down this year? What is law enforcement doing to keep those numbers down? — is a valuable government service too often ignored.

(2) We can publish more good news than bad.

I’ve spent this blog talking about why govies should post bad news. But we should post tons of good news, and we do that quite well and quite often.

By making the extra effort to post “good news” content that readers actually find interesting, we’re lessening the “negative Nelly effect.” I always shoot for an eclectic mix of content for the Kane County Connects blog and e-newsletter, and that has proved to be an effective formula.

The abundance of good news also deflects some of the criticism for posting content some colleagues consider negative.

(3) Ac-Cent-Tchu-Ate the Positives of Audience-Building

Over the past two years in Kane County, we’ve built something that’s not “completely different,” a la Monty Python’s Flying Circus, but a government outreach that’s a bit unusual in its approach and results.

By “thinking like a reader,” creating a quality product and applying some of the best practices of journalism, we’ve been able to attract and grow an audience. Our e-newsletter has more than 10,200 subscribers, our blog gets around 60,000 page views a month and we deliver many times more audience engagement through social media and by driving traffic to our websites.

Through aggregation of local news releases, we help non-profit organizations get out the good word, amplify the messages of our local government partners and provide a valuable, new government information service for Kane County residents.

That eclectic mix of information — “good news” and “bad news,” serious topics and fun ones, a variety of sources and storytelling devices — is part of our success story.

By building trust, reporting dependably and providing information readers want rather than just what we want them to hear, we reach more people. And by reaching more people, we have an opportunity to do more good.

Next week: Intergovernmental Co-Conspirators  — Really, We’re the Next Big Thing

Women’s History Month: She Made the U.S. Senate “A Place Where Women Belong”