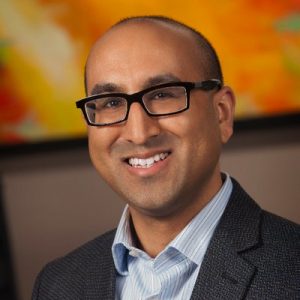 Like the air we breathe, data is all around us. From school-by-school immunization rates to the number of traffic accidents at a particular intersection, the amount of things we can quantify and record has been growing rapidly. With that growth has come the ability to tackle problems in exciting new ways using data-driven approaches that both eliminate some of the guesswork of public policy and offer unique perspectives on complex issues.

One public servant driving implementation of these new opportunities is Indiana’s Chief Data Officer Darshan Shah. Shah leads the state’s Management Performance Hub (MPH), an innovative agency that leverages data to help inform and guide policy and decision-making. Recently, GovLoop spoke with him about his interest in data as a public policy tool and its potential to change the way we look at problem-solving.

This is evidenced by some of the unique tools that the MPH has developed to tackle Indiana’s public health issues.

One example is providing more than 25 Medicaid datasets on the state’s open data hub, which provides a secure portal to access publicly available, de-identified Medicaid users, providers, and claims datasets, allowing researchers and stakeholders to explore ways to improve healthcare delivery.  Another tool with great potential is the Naloxone Administration heatmap, which utilizes data from EMS services accurate to within 500 meters of an incident’s location to create a picture of where Naloxone (a drug used to treat opioid overdoses) is deployed across the state. “There are a number of different entities who are able to leverage this information to better understand where these challenges appear and be able to attack them,” said Shah.

One of the most exciting aspects of MPH’s mission is removing the silos that previously existed, making sure that the right datasets can be accessed by those who will be able to do the most with them. MPH’s key functionality is aggregation and analysis, so it relies on partner organizations across the state to provide both data and guidance on how to utilize it most effectively. Shah is quick to highlight the importance of these partners — including the Indiana State Police, State Department of Health, Family and Social Services Administration, Department of Correction and Department of Homeland Security.

Referring to efforts to better understand the opioid crisis, Shah describes gathering data from as many sources as possible to create a clear picture of what’s happening across the state — in his words, “It’s not just pulling in EMS data from Homeland Security, but pulling in death data from coroner’s offices, ER discharge data from the Department of Health, booking data from state police, and the list goes on.”

In this regard, Shah describes his work as very stakeholder oriented — asking agencies what problems they want to address and what data they need to do so. He outlines their approach after pulling together the Medicaid datasets: “First we went out into the community and we talked to various partners — hospital systems, ambulance providers, county health departments, and minority health coalitions…and we collected use cases from them.” Shah defines “use cases,” as “If we had this data for this issue, we would be able to do these things better.” By listening and then acting, Shah and the MPH have created a system designed to address real, pressing needs in the most effective way possible.

While the MPH is doing groundbreaking work in Indiana, Shah points out that only about half of the 50 states have chief data officers. Even then, no two CDOs have the same job description or the same set of responsibilities. “The role is so new, and it’s currently being defined,” he said. “As we start to look ahead, I do think there’s going to start to be a little bit more alignment.”

For other states that are looking to move their data analysis into the 21stcentury, Indiana and its MPH certainly provide a gold-standard model. One place where credit is due, according to Shah, is with Governor Eric Holcomb and the state legislature, whose support was vital in terms of establishing and codifying the MPH.

“That’s a visionary thing,” said Shah. “A chief data officer that leads an independent agency focused on data analytics with a formal budget. We are blessed to have that here.”

Despite being relatively new, the agency has already had an impact on issue areas across the state. “This is a dynamic time for chief data officers across the country, and I think we’re all going to learn a lot over the next few years,” said Shah. For now, there’s a lot we can all learn from Darshan Shah and Indiana’s MPH.

It is awesome to see how MPH is evolving. I wonder if other states are taking notes and gaining insights from Indiana. Great interview.