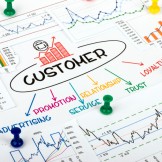 Have you read the results of the Government Business Council’s new “Digital Disconnect” survey? The results are fascinating, and I could go on for quite some time about them (just ask my dogs, who have been listening to me rant about the survey all morning). However, at the moment I will focus on the resultRead… Read more »