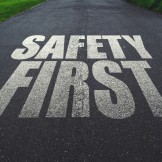 FirstNet has been obligated by Congress to take all actions necessary to ensure the building, deployment and operation of the nationwide public safety broadband network. Learn more here.

World’s first voice handover between LTE and WCDMA accomplished * Reuters is not responsible for the content in this press release. http://www.reuters.com/article/2012/02/02/idUS139559+02-Feb-2012+HUG20120202 Thu Feb 2, 2012 7:31am EST Breaks ground in voice over LTE technology Successful handover of a voice call from LTE to WCDMA on an end-to-end network achieved on December 23, 2011 HandoverRead… Read more »