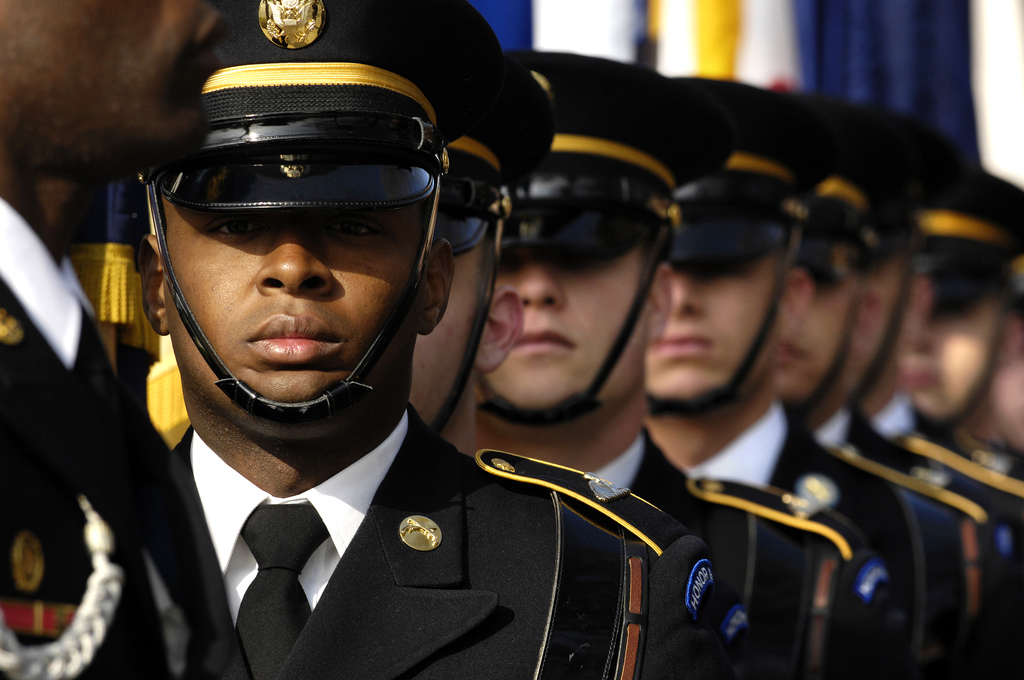 At the Next Generation of Government Summit, I was sitting in a room of nearly 700 public sector employees from every level of government. As I wandered that room, I asked these govies to tell me about themselves and, let me tell you, I was floored by the dynamism I found. Every person had different passions, different experiences, different skills, and different goals for their public service.

Brad Carson, Acting Under Secretary of Defense for Personnel and Readiness at the Department of Defense, wants this to be the case when you walk into any room full of government personnel. To do that, he suggested changing the way we view personnel systems.

The Why
To make the case for why we need to change, Carson began by describing the stories of two federal employees, both of whom proved themselves to be dedicated, innovative public servants.

The first was John Garand, who worked for the U.S. Army from 1919 to 1953. Garand may sound familiar to you because of one his greatest innovations, the M1 Garand rifle, bears his name. His invention was hailed by General Patton as the “greatest battle implement ever devised” and it was used throughout World War II and the Korean War.

But don’t let his notoriety fool you – Garand’s 30-year government career was not a glamorous or expected one. Garand left school at age 11 to find work. He found that work in the Army, working in textile mills and manufacturing despite having no engineering background. He landed there because he needed a job and there were few options in the market. Nevertheless, he made the most of his job. He endured multiple setbacks and failures before producing the rifle that would transform military combat for the next few decades.

Carson compared Garand’s road to innovation to that of Ashley Russell, a current DoD employee within the Army Sexual Assault Prevention Office. Not yet famous, Russell has nevertheless made a profound impact on the agency.

After graduating from University of Chicago, she entered as a GS-7 at the Medical Evaluation Board. That’s the office that assesses veteran injuries and processes discharges when needed. When Russell entered the office, she went to work on improving medical evaluation processes and eventually saved the department millions (yes, millions) of dollars. What’s more, her process improvements “made life better, simpler, easier for injured service members and their families,” according to Carson. “And there really is no price tag for that.”

Both of these innovators devoted themselves to improving our nation through public service. The difference is the circumstances that put them in public service. For Garand, public service was his best option for obtaining a livelihood and, once he entered a career, it was common practice for him to stick with it. In contrast, Russell made the choice to come to government, when her education could have opened numerous other career doors. She’s also not expected to stay in one profession for very long.

Today, Carson said we have to make government appealing for the Ashley Russells of the world, because the next generation of public servants will have those choices, too. Millennials are now the majority of the workforce, and data shows they bring more degrees to the job and more likely to share both work and home responsibilities with a partner. As a result, they have more choices and need more flexibility in their jobs.

In the private sector, said Carson, data-driven HR shops create career plans that are as unique as the number of employees they have. Meanwhile, DoD and many other federal agencies continue to follow a one-size-fits-all model. That has to change.

How do we do it?
So how do we shake things up and get those innovators to choose government? Carson asserted that we must redefine public service. We must make career paths more unique and flexible, molding them to specific talents and people as often as possible.

To meet these objectives at DoD, Carson outlined a few things the department is doing to build their civilian “force of the future.” For instance, to get the best talent in the door, the department is decreasing barriers to government workforce entry. They are also offering more career tracks. So far, the department has created over 450 career maps that outline unique career paths for unique civilian roles. They’re also creating more family-friendly policies like enhanced paternity leave and mid-career sabattical programs to keep people in their roles. And to increase engagement, the department is expanding its professional development opportunities and letting them take a hiatus to the private sector to enhance their skills offsite.

Overall, DoD is trying to consider its people activities as an exercise in talent management, rather than just personnel policy. According to Carson, the rest of the government should be doing this, too.

However, he admitted that these tactics are not nearly enough. There is more to be done.

As we build a “force of the future,” Carson said we need the best and the brightest who are already in government to weigh in on what works and what doesn’t. And when it doesn’t work, change it. Be an advocate for your peers who aren’t public servants, but who could be. Make government a place where they can and want to work. Make it a place where you want to stay and thrive. That’s how we’ll build a force for our future.

To Be Brave or Not to be Brave? Is it Even a Question?

3 Ways to Bring an Entrepreneurial Mindset to Your Agency