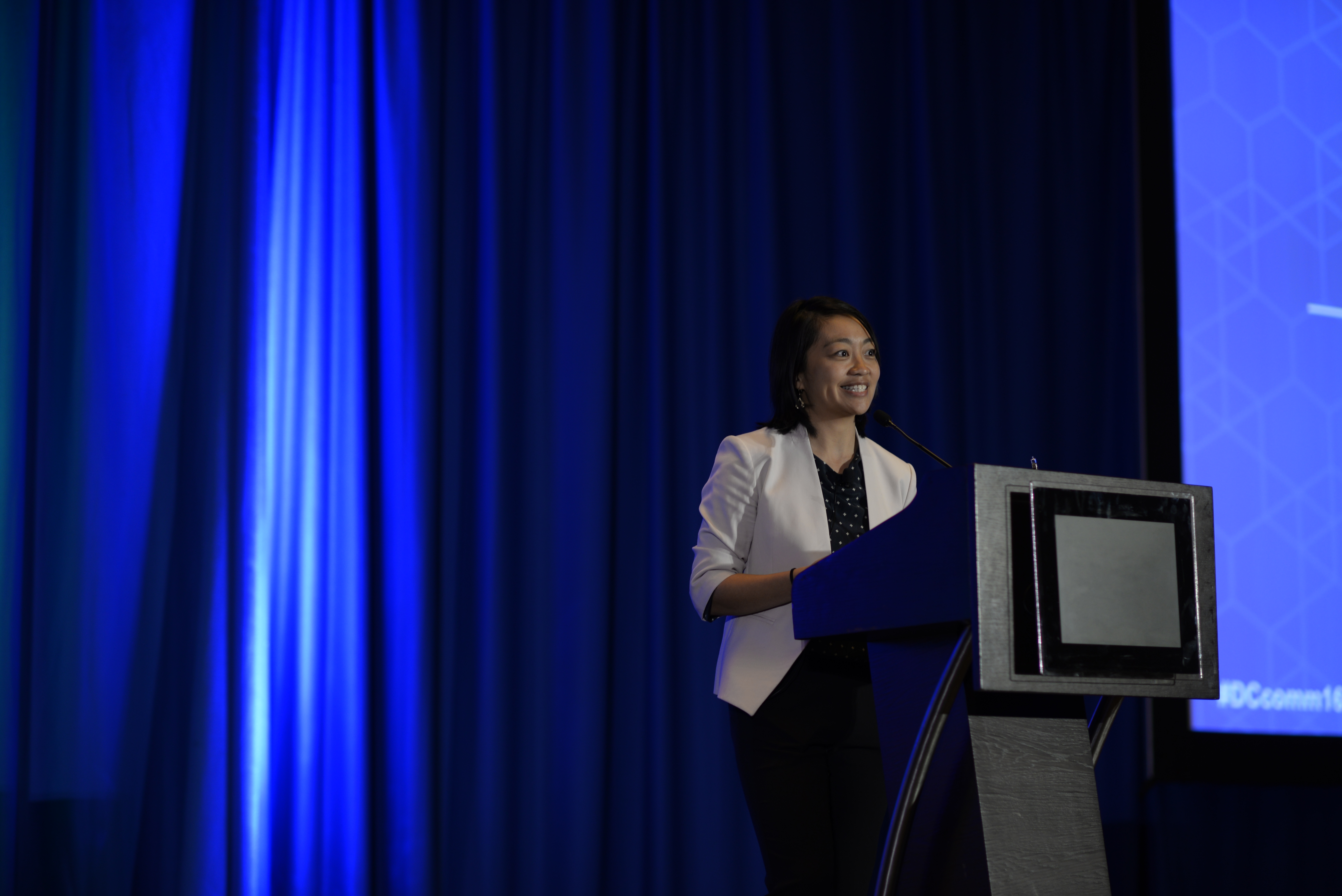 During GovDelivery’s 9th Annual Digital Communication Summit, GovDelivery Project Manager Michelle Lee unveiled how to get the most out of that brief time window. “Americans check their phones at least 84 times a minute, and the vast majority of people read their texts just four seconds after it is received,” said Lee. “Texting is the universal way to communicate information.”

And Lee is a master texter. Back in 2013 she founded Textizen which became GovDelivery Interactive Text in 2015. Textizen is a service that uses the simple power of text messaging to help government and citizens connect. “Trust in government is at an all time low, and you in government only have eight seconds to get it back. One of the best and easiest ways to do that is through text messaging,” said Lee.

The reason texting works is because governments can send small batches of information over the course of a few days, weeks or even months. “We call this distributed and incremental learning,” said Lee. “It works because you can send small bites of information to citizens in easy to digest tidbits and build on them over time. The old way of learning known as authoritative learning was to just provide all the information at once in a bulk form. That doesn’t work anymore.”

While this method of communication might sound too simple, the easy-to-digest information works. Lee shared that using Textizen city governments were able to engage citizens to report themselves about air quality. Called the Clear Air Council, the messaging program took eight weeks and asked residents a series of questions about air quality. The messaging solutions provided a 300 percent increase in citizen participation and caused four agencies to update their air quality health programs.

“We have to take the opportunity to engage with citizens where we can,” said Lee. “Sometimes that means asking them simple questions about the air they breathe. And it works.” GovDelivery messaging applications have also helped increase literacy in children from low-income families and public health monitoring.

One of the reasons text messaging is a great solution for citizen engagement is because it is very personal. The messages end up on a personal device and are delivered directly to you. “It might come as a surprise, but the most common response we get to our text messages is thank you,” said Lee. “Citizens appreciate that someone – even if it is a robot – is working and listening and engaging with them through their phones.”

For more, check out all that the GovDelivery Digital Communications Summit, “Transforming the Citizen Experience,” head here. And for Lee’s slides, check them out here.