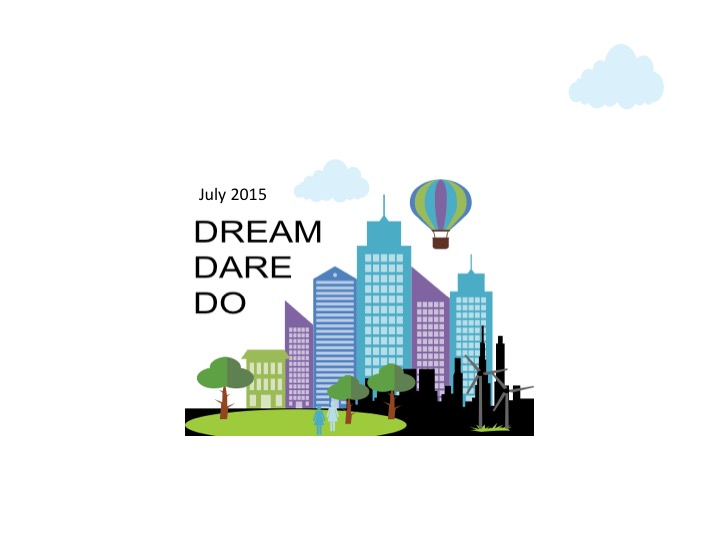 To mark the start of Public Sector Innovation Month 2015 in Australia, here’s an awesome quote for each day from a diverse group of women and men who have dared to make a difference. Be inspired to Dream, Dare, Do.

1. Never doubt that a small group of thoughtful, committed citizens can change the world. Indeed, it is the only thing that ever has. – Margaret Mead

2. The gift of fantasy has meant more to me than my talent for absorbing positive knowledge. – Albert Einstein

3. The creative mind plays with the object it loves. – Carl Jung

4. Discovery is seeing what everybody else has seen, and thinking what nobody else has thought. – Albert Szent-Gyorgi

5. I refuse to be intimidated by reality anymore. What is reality? Nothing but a collective hunch. – Lily Tomlin

6. Whatever you can do, or dream you can, begin it. Boldness has genius, power and magic in it. – Goethe

7. If you do not express your own original ideas, if you do not listen to your own being, you will have betrayed yourself. – Rollo May

9. Vision is the art of seeing things invisible. – Jonathan Swift

10. Some day, on the corporate balance sheet, there will be an entry which reads, ‘Information’; for in most cases, the information is more valuable than the hardware which processes it. – Grace Murray Hopper

11. Taking a new step, uttering a new word, is what people fear most. – Fyodor Dostoevsky

12. It is often easier to ask for forgiveness than to ask for permission. – Grace Murray Hopper

14. Remember, a dead fish can float down a stream, but it takes a live one to swim upstream. – W.C. Fields

16. Don’t be afraid to take a big step when one is indicated. You can’t cross a chasm in two small jumps. – David Lloyd George

17. No idea is so outlandish that it should not be considered. – Winston Churchill

18. The greater the contrast, the greater the potential. Great energy only comes from a correspondingly great tension of opposites. – Carl Jung

19. Innovation opportunities do not come with the tempest but with the rustling of the breeze. – Peter Drucker

20. The way to get good ideas is to get lots of ideas and throw the bad ones away. – Linus Pauling

21. Humans are allergic to change. They love to say, ‘We’ve always done it this way.’ I try to fight that. That’s why I have a clock on my wall that runs counter-clockwise. – Grace Murray Hopper

22. There is a vitality, a life force, that is translated to you into action, and because there is only one of you in all time, this expression is unique. And if you block it, it will never exist through any other medium, and will be lost. – Martha Graham

23. I will act as if what I do will make a difference. – William James

24. Whenever anything is being accomplished, it is being done, I have learned, by a monomaniac with a mission. – Peter Drucker

25. You will never find the time for anything. If you want time, you must make it. – Charles Burton

26. One of the illusions of life is that the present hour is not the critical, decisive one. – Ralph Waldo Emerson

27. There is only one thing stronger than all the armies of the world: and that is an idea whose time has come. – Victor Hugo

29. One never notices what has been done; one can only see what remains to be done. – Marie Curie

30. If it’s a good idea, go ahead and do it. It’s much easier to apologise than it is to get permission. – Grace Murray Hopper

31. If you go to your grave without painting your masterpiece, it will not get painted. No one else can paint it. – Gordon MacKenzie

About the author: Michelle Narracott is part of the GovLoop Featured Blogger program, where we feature blog posts by government voices from all across the country (and world!).  A member of Australia’s public sector renewal community, she is dedicated to ‘dreaming, daring and doing’ in ways that will renew and make a difference to the quality of the public sector and government in Australia. She is a writer, speaker, researcher and adviser with Fuji Xerox Digital Government on open government, digital transformation, leadership and innovation. Her goal is to boost and maintain efforts across the sectors to create credible, engaged Government.

Michelle – thanks for the inspirational quotes! I’m going to bookmark this to use in team meetings.

Love all these quotes!! I put some on post-it notes around my desk!! Thank you