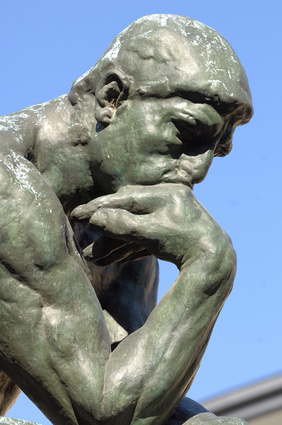 Suppose you are an IT decision-maker (and who in IT doesn’t have to make decisions regularly?). For that matter, forget the “IT”. What drives your decision-making?

Let’s assume that you would like to consistently make decisions so as to have the maximum positive (or least negative) impact on your own personal well-being.

Does this sound self-centered? Yet, in what sense could any decision that goes against your own well-being be the best choice? Assuming that you are not a masochist or sociopath!

This is not to say that you should feel good about every decision. Imagine that due to budget cuts, you have to decide which one of two employees to let go, when both are valued, productive, and well-liked. This is not a decision that anyone should feel good about. Yet still, in this case, we should want to make the choice that, over time, we will feel the least bad about.

So, naturally, we try to make every decision on the basis of its expected impact on our own, personal well-being. Of course we vary in terms of our individual ability to achieve this goal. Some of us seem to have learned better than others how to consistently make the best choices. We tend to call such persons “wise”. Wouldn’t it be great to know how to consistently make decisions that will maximize our well-being? This is truly a fundamental question, and one that has engaged poets, prophets, philosophers, and scientists for ages.

We have known for some time from research (as well as from common experience) that there’s no positive correlation between intelligence, or mental quickness, and well-being. Most of us know smart, clever, and mentally quick people who are plainly unhappy.

Recently however, a research paper published in the Journal of Experimental Psychology[1] shows us that there is a clear, positive correlation between the practice of “wise reasoning”, and high levels of personal well-being.

In this study (and based upon prior research), “wise reasoning” is characterized as an approach to resolving conflicts (a.k.a. decision-making) that:

Through their research, the authors were able to demonstrate that while, (once again) they found no systematic relationship between raw intelligence or mental quickness and well-being, they were able to show a clear, positive correlation between wise reasoning and personal well-being.

That is, people who use wise reasoning tend to see fewer negative aspects of daily life; they tend to have better relationships; they express greater satisfaction with their lives, they show less tendency to worry, and they have a more positive approach to talking about conflicts.

What can we conclude about this finding? Is there a cause-and-effect relationship, or is the correlation merely coincidental and random? The authors of the study suggest that the relationship is one of causation – that the use of wise reasoning leads to more positive well-being – but acknowledge that more research is needed to better understand the relationship.

Yet it certainly does seem to make sense that decision-making that respects different perspectives, recognizes uncertainties, and seeks to settle conflicts should lead to the most satisfactory outcomes overall – the outcomes that tend to support our own well-being. Do we need a better way to define wise decision-making?

Very interesting concept, I am going to read that article in Journal of Experimental Psychology General. Thanks for sharing!

@Rachel – I would like to hear your thoughts regarding the Journal of Experimental Psychology General article.

Thank you for taking time to read my article. I find the foundation of the theory to be basic and fairly easy to understand yet, we (I include myself) seem to allow the outside influences of life to interfere with the practice(s) that bring us happiness.

I have a passion for human nature and IT and how to bring these together in a beneficial manner.

Team Building. Can You Stand It?

Lessons Learned as a Young Supervisor