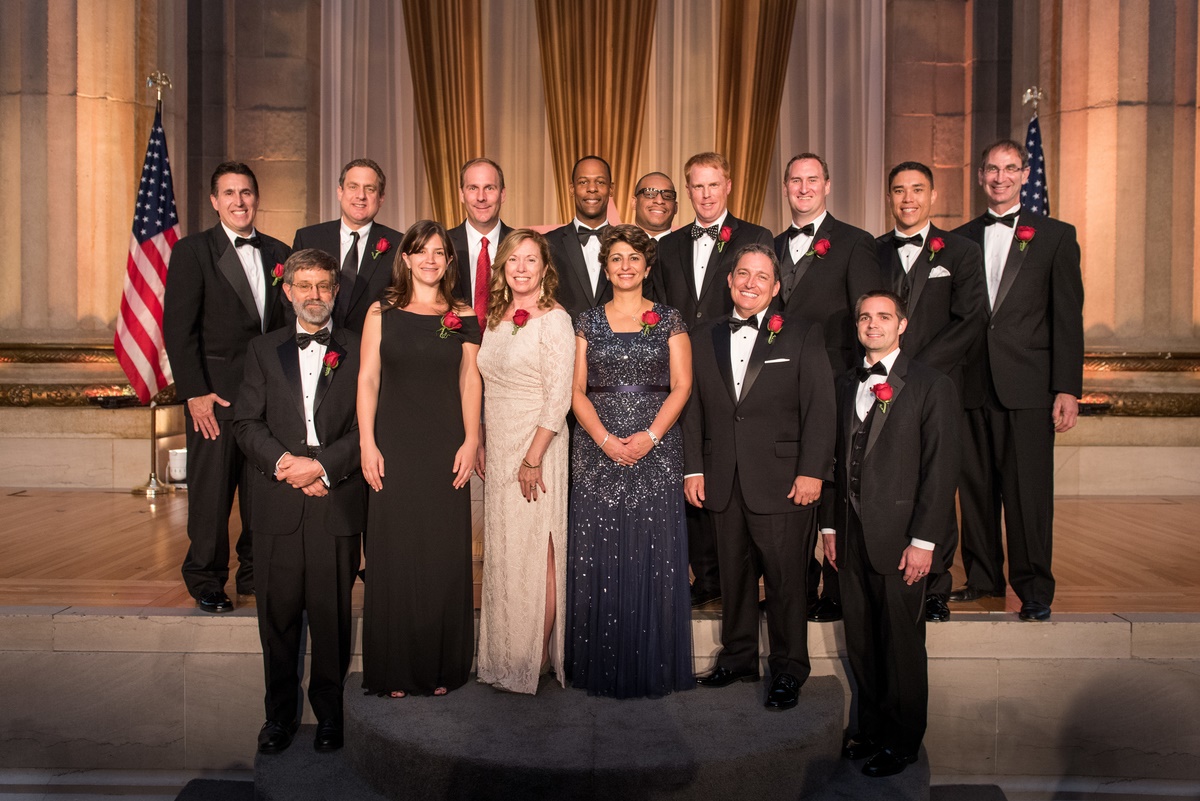 2014 saw the lowest federal job satisfaction numbers from feds and an unusually high separation rate, but what those numbers don’t tell you, is there are still passionate and determined federal workers who dedicate their lives to federal service.

That remarkable work done was recognized Monday night in the annual Service to America Medal award dinner sponsored by the Partnership for Public Service.

The event is always awesome — and they get A-list people to hand out awards:  OMB Director Shaun Donovan, Attorney General Eric Holder, and Secretary Sylvia Mathews Burwell of the Department of Health and Human Services.

I think anybody who attends — or anybody who takes time to meet any of the finalists — will come away proud of the work public servants are doing — and the challenges that they are working to overcome both external and internal.

On the DorobekINSIDER podcast, Chris Dorobek is lucky enough to get to talk to many of the finalists. He is also lucky to talk with one of the people behind the program, Tom Fox, the Vice President for Leadership and Innovation at the Partnership for Public Service.

It can often seem like government is plagued by the never-ending cycle of scandals and controversies, but Fox notes, “Once you hear from the Sammies winners and the finalists, you realize that there is an incredible amount of work that’s going. Federal employees not only take great pride in what they do, but they’re achieving great things on behalf a their country.”

Pride in what you do

All summer long, the DorobekINSIDER has been interviewing the finalists and one thing stuck out from all the nominees; despite their remarkable accomplishments, all the finalists were shocked they were nominated. They all said it was a team effort and a team win.

“It’s hard to keep a dry eye when you hear about these stories. These are a set of public servants, who are literally transforming lives. For example, there are two young engineers at Wright Patterson Air force Base in Dayton Ohio who are helping troops on the ground identify and provide explosive devices,” said Fox. “Their innovation has reduced the number of amputees returning from war. There were also finalists from the Department of Veteran’s Affairs in the Bronx who are doing incredible work helping those who have been severely injured in the line a duty literally walk again. Folks who are paralyzed, they’re using an exoskeleton to help them get back on their feet.”

Federal Employee of the Year

The top medal, Federal Employee of the Year, was presented to Rana Hajjeh and a team from the Centers for Disease Control and Prevention for leading a global vaccination campaign, the Hib Initiative, which will save the lives of millions of children.

Recognize excellence outside of ceremonies

While the Sammies are a great and wonderful way to say thank you to a public servant, it isn’t the only way.

“Like the Oscars or any other major award, it’s just an honor to be nominated. We get hundreds of nominations each year. We have three dozens of finalists and a much smaller number of winners. But even submitting that nomination and then sharing it with your employees, can be a real boost to morale. Time and time again we hear, give your folks who are doing great work and achieving results a good solid pat on the back,” said Fox.

Some of our most memorable Sammies interviews:

Those are just a few. You can find all of our SAMMIES interviews here. (We have a few more to go.)

[…] GovLoop’s DorobekINSIDER: SAMMIES 2014 — lessons learned from the government’s best and brightest:  From Tom Fox from the Partnership for Public Service: Once you hear from the Sammies winners […]