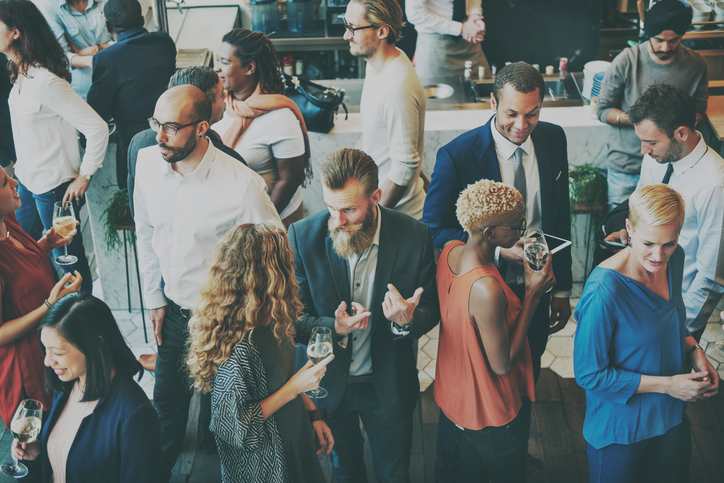 Many of us in government have the opportunity to participate in peer organizations at the local, state or national levels. More often than not, professional associations and their component conferences – that is gatherings of like-minded individuals who typically do the same job – tend to fall into one of four categories:

Party Timers gain little professional advantage from their groups. Still, an argument can be made for the professional and creative rejuvenation that can come from spending enjoyable time out of the office. A flimsy argument, but an argument nonetheless.

Inside Jokers will sustain their professional association for what seems like centuries on the rich heritage of their core group. However, everyone outside the core group will gain little professional advantage by clinging on to the fringes of the cool kids.

God bless the ghosts. In some cases, they were once great for good reasons. What happened? Sometimes, it’s an economic downturn that kills local budgets and dues are usually first up on the chopping block. Sometimes, it’s poor or absentee leadership that fails to keep up the energy level. And, sometimes it just doesn’t work.

In local government communications, we’re blessed with Real Deals. Especially, here in the Lone Star State, the Texas Association of Municipal Information Officers (TAMIO) consistently sets a high bar as a venue for exchange of ideas, a recharging of professional batteries and a chance to compare notes with colleagues from across the spectrum of comparable agencies. This is mirrored in many other states, like California, Minnesota and Florida, where strong associations endeavor to provide peer leadership that motivates members to push their own game to the next level.

Likewise, the City-County Communications & Marketing Association (3CMA) is one of several like-minded national organizations that set a standard for government communicators that truly enables them to learn and grow from the experience and knowledge base members provide to each other.

I would be remiss in this diatribe if I did not make mention of a game-changer for government communicators that grew directly from the peer networking of professional associations.

Commensurate with the explosion of information technology has been the critical need for local governments to be focused on a coherent message while being nimble in dispersing that message over an ever-expanding network of communications opportunities. Many municipalities and counties are becoming aggressive in their aim, but are still limited by their resources and vision.

Many of us in this field came from backgrounds in journalism or public relations. And while we were taught in journalism school how to cover government, no one taught us how to be government. Then came a confluence of concepts and people that erupted into a really good idea.

For many years, Texas Christian University communications professor, Dr. Jacque Lambiase had been a friend of and guest speaker at TAMIO conferences in Texas. As a result, for several of those years, she was treated to the repeated lament that people in our profession had no professional standards or certification that were designed just for government communications. Then, over the course of a relatively short time frame, those laments turned into productive conversations and resulted in TAMIO and TCU teaming up to launch the graduate-level Certified Public Communicator program through TCU’s School of Strategic Communication at the Bob Schieffer College of Communication.

Now, with CPC Cohort No. 5 getting underway at TCU later this month, the program has grown from a Texas-only student base to include participants from states across the nation. The value of this intensely productive program has been embraced by other organizations that have come on board as partners and affiliates, namely the National Association of County Information Officers and the Texas School Public Relations Association.

Yes, there are professional PR certifications and those are well-regarded for the clients they serve. The CPC program at TCU differs from those in that it is designed exclusively for government communicators. The program brings extraordinary value to the local government profession in the ability of its directors, Dr. Lambiase and Dr. Laura Bright, along with its faculty, to drive communicators through their professional plateaus into new levels of understanding the message, the mission and the methods for ensuring the success of our collective programs to the greatest extent possible.

Learning for a Lifetime

What to Do When You Are Discouraged