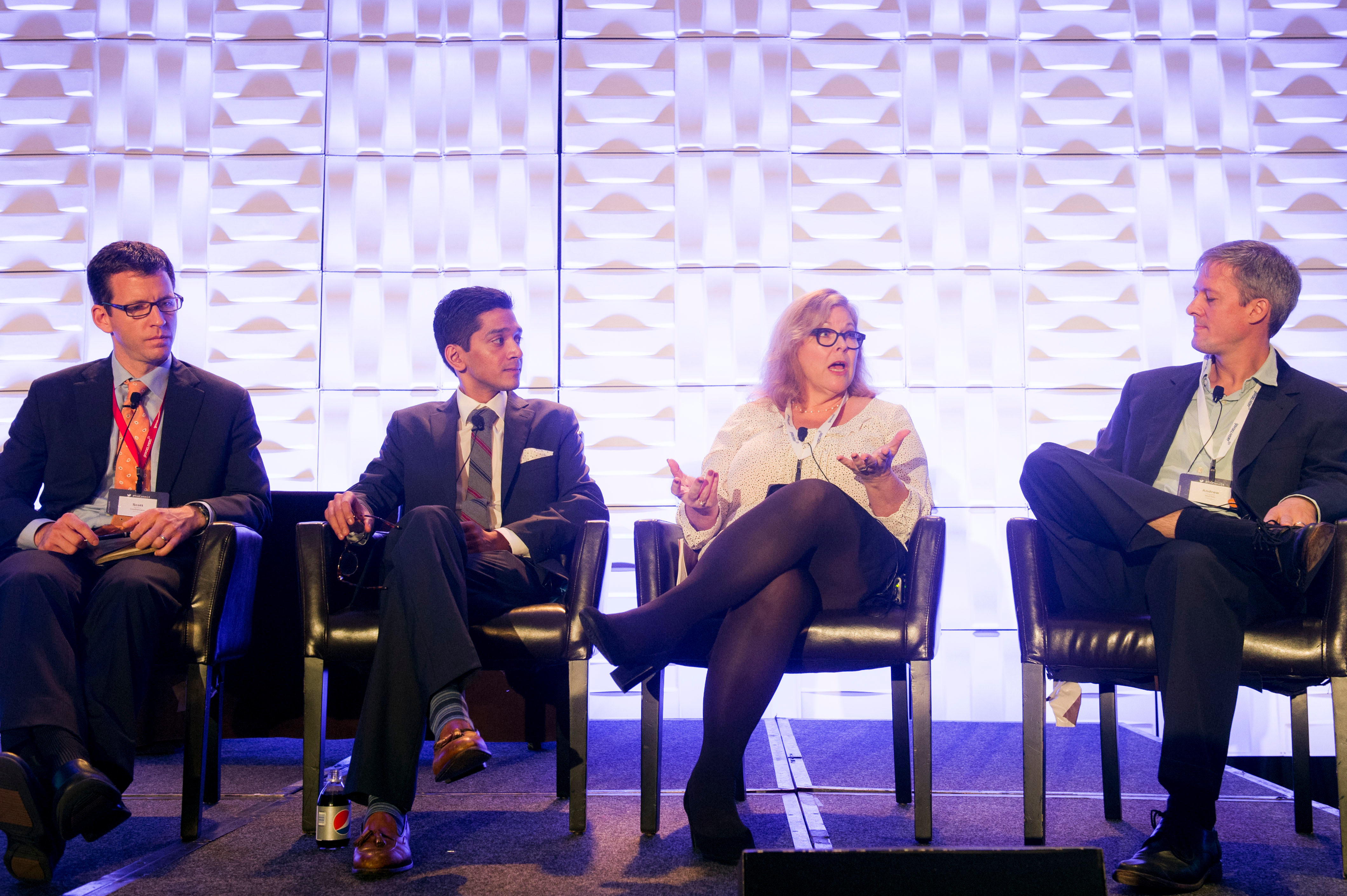 We all have our day-to-day job titles – CEO, Associate Director, Office Assistant, Mom, Dad. But there is one title we all share: Chief Data Officer. Surprised?

This was a constant theme at Tuesday’s GovDelivery 8th Annual Federal Communications Summit. A panel of big data communication experts answered some important questions about open data and the government’s data-use evolution. The following professionals spoke during the session:

Prior to her work with Digital Government Consulting LLC, Janice Nall worked in federal government for 15 years, holding positions in the Centers for Disease Control and Prevention, the General Services Administration, the National Cancer Institute, the Office of E-Government and Information Technology in the Executive Office of the President, and more.

Abhi Nemani is currently the Chief Data Officer for the City of Los Angeles, and prior to this position, he was a driving force at Code for America and the Civic Innovator-in-Residence at GovDelivery.

Scott Burns is the CEO and Co-Founder of GovDelivery, which manages billions of government communications each year, ultimately creating huge amounts of compelling data.

In order cover the array of perspectives equally, a question was directed to each speaker.

The Importance of Using Data To Improve Agency Activities

Nall focused on her time working at the Centers for Disease Control and the need for user-centric services. “There was a power struggle about what would be displayed on the website, and there was no consideration for users and what they would like,” said Nall.

“User-centric tools became very powerful to us,” Nall added. “At the time, there was a perception that the advocacy and medical community were at war. There was a perception that we wanted to hinder medical professionals jobs when we wanted to help. And the other misconception was that we didn’t have the data that our users wanted. The reality is that the information for caregivers and patients was right there.”

Nall stressed the importance of knowing who the users of an agency are and how to communicate with them. An agency must learn how to tailor its information to its audience and to other parties it’s working with to create open data platforms. For example, in regards to the CDC, speaking with medical officials might initially create problems if agency officials are unfamiliar with their language. To tackle this challenge, as communicators, an agency needs bridge to understand why users need and utilize these platforms.

The Significance of Opening Up Data for Government

Hoppin opened by talking about the negative image of government while working at for New York State Senate. People viewed the State Senate as public enemy number one and as one of their greatest stressors. People who worked for the agency were paid highly but wouldn’t always show up to work or do their jobs. In response, when Hoppin was first appointed, he took a major risk by opening up all of the agencies data.

“The root to open data goes back to transparency and accountability,” said Hoppin. “But it starts there and hopefully doesn’t end there.”

For the New York State Senate, it was the first state in the country to allow citizens to add comments to any bill prior to it being passed, and this promoted open data. As a result, the public became heavily involved in the legislative process, and more individuals were actively searching the Senate website to learn about social issues pertaining to them. Transparency led to greater citizen engagement.

“What really matter is people finding that data and making sense of it and making use of it for different project,” said Hoppin. “Data, content, communications and collaboration are key. We are just at the tip of the iceberg as to what is possible with open data.”

Nemani began by challenging one of his misconceptions that government is resistant to the use of open data because it is risk averse and naturally hesitant with change.

“I realized I was wrong,” Nemani said. “People are excited, engaged and open. The problem is capacity. You can talk to people about opening up data, but the agency workers need to still follow the goals and missions of their organizations. We have to make sure the airport is still run and that that police are still saving lives. We have to do some things to align these two things: keeping the airport still running and using open data. We don’t really have the resources to do this and get open data in these platforms.”

One way to bypass this challenge is to have greater training. As a Chief Policy Officer, it is important for all government professionals to be trained in how to utilize their organizations’ data, both experts and communication officials alike. It is important to educate and override data illiteracy in city halls and teach these officials how to use their data.

The Changing Face of Data

Burns discussed the first years at GovDelivery and how the original creation of open data initially made him uneasy. He laughed at this fear because the amount of data was minute compared to the amount of data stored today. One of the major issues to creating this data in the past was the high cost, which has greatly diminished over the years.

“Relevancy decreases with time, and it is highly correlated with being in the right place with information and capabilities at the right time,” said Burns. “You can now put the data in other people’s hands in real time, giving them the data when they need it and helping them make the right decisions. This timing will create greater impact than basic research.”

After a brief Q&A session, panel expert Andrew Hoppin emphasized the importance of each individual’s role in big data: “Today, we are all web professionals. We all create web content. We are all chief data officers in your own domain. We are all sharing data already. You just may call it content, call it an email, you may call it a conversation.”

For more recaps on the GovDelivery Federal Communications Summit, check out these posts:

[…] the full post here… and for more recaps on the GovDelivery Federal Communications Summit, check out these […]