The government workforce tends to get a bad rap, which makes it hard for agencies to recruit and retain employees. Case in point: As of June 2022, 100% of the private sector had recovered jobs lost during the pandemic, but only 55% of the public sector had.

One of the problems is that government workers have for too long let people who are not civil servants define what it means to be one, said Traci DiMartini, Chief Human Capital Officer (CHCO) at the General Services Administration (GSA).

“We need to take that power back,” she said. “Being a civil servant doesn’t mean you’re fat, dumb and lazy, that you’re a know-nothing bureaucrat at the city, state or federal level. It means that you have a commitment to public service.”

During a Nov. 2 GovLoop Online Training on how to be a talent hotspot, DiMartini and two other experts explained the problems with – and their solutions for – recruiting, training, retaining and managing talent.

Not so long ago, the government had a reputation for being a dependable employer with decent pay and solid benefits, but furloughs, sequestrations and puny pay raises that put government wages an average of 25% behind those of the private sector are taking a toll, DiMartini said.

Making government work appealing to job seekers today takes new tactics and flexibilities. For instance, GSA does a lot of targeting recruiting and posts openings to social media outlets such as LinkedIn. “The workforce that’s now coming up — Gen Z and post-Millennials – they’re very savvy when it comes to electronics,” she said. “They’re not going to go trotting through a job fair with endless tables like we did back in the ’90s.”

Today’s target candidates have different definitions of job value, said Joseph Abbott, CHCO at the Agriculture Department’s Food Safety and Inspection Service (FSIS). There’s a greater expectation of training — and not just for the job they’re hired to do, but opportunities for upskilling.

“We offer continuing education, education incentives, for employees to take…additional courses tailored towards that career path that they want to get to,” Abbott said. “We set up an apprenticeship program for transitioning military, so we can teach them how to do inspections, as they’re coming out [or] even while in the last couple months on active duty. They can still come and train with us to see if, in fact, that’s a career path that they want to pursue.”

One way that agencies can ensure that they’re offering training that workers need and want is through environmental scans, which SHRM defines as systematically surveying and interpreting relevant data to find external opportunities that threats that could influence decisions.

In short, “that environmental scan is really critical to stay ahead of what skills are needed for the future and what you train folks on,” said Rowan Miranda, Senior Managing Partner for Government Strategy at Workday, a human capital management software provider.

Not only do people change jobs frequently – the median employee tenure across sectors is about four years – they should to be successful. In government, that could mean moving among agencies and departments or even leaving public service and then coming back. “We don’t want people to feel like they have these golden handcuffs and have to stay,” DiMartini said.

Talent management is understanding not just today’s skills needs but whether resources are in place to acquire the skills needed for the future.

“It’s almost like an artist’s palette,” Abbott said. “You have all these colors, and if you blend a couple of colors, some will come through. It might be a lighter shade, but it’s still the same category of color, it just looks different and feels different when you actually use it in creating your work of art called your career.”

Additionally, he and DiMartini caution against focusing solely on recruiting, retaining and training young workers. Because only about 8% of federal employees are younger than 30, that demographic is important, but so are midcareer professionals, especially those leaving the private sector and looking for the meaningful, stable work the public sector offers.

“This, to me, is an all-hands-on-deck conversation where anyone who has any kind of skill set or work experience should be embraced and bringing something to the table,” DiMartini said. 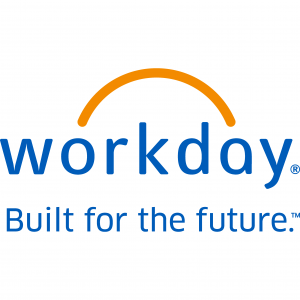 Insure You’re Making the Most of Your Benefits