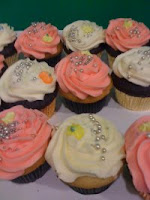 Google UK launched it’s local government division on Friday August 8 with a day-long event held at their London offices and attended by around 65 people.

As I have been talking and writing about their stuff (aka promoting!) for a few years now this day was pretty exciting for me.

I wondered how many actual local government webbies would be there, given how many not .gov people (consultants) I knew were going but there turned out to be lots.

As predicted, there was a certain magic to being @google with very funky offices, pretty funky people, a nice meet-up room (though the seats with little tables reminded me of old school desks and were a bit too easily tripped over), a smattering of ‘Google gifts’ (‘Google goo’?) – including £300 of AdWords – and the most fantastic food I have ever had at a meeting/conference in my life.

As the day progressed it was very clear that they were new to this local government lark (they only opened shop in January). Given that the sponsors and the people they have been talking to thus far are Whitehall ones, and local government’s needs and issues are very different, it’s hardly surprising that many of the pitches needed refining.

But they were completely open about not knowing, about having lots to learn, and given that so much of their offering is free some of the slight bitching I picked up on the way the day was pitched seemed a bit rich.

My only thought with this is to wonder why – it appears – they didn’t try to hire someone/some people with local government experience when they started? There’s enough commonality of experience in the sector for anyone who has worked in it to be able to steer them better towards what’s likely to be of most interest to most local government people. I would imagine that one outcome of the day will be talking to and maybe partnering with groups like Socitm and IDEA.

The sessions about their products worked best for this audience when there was a self-evident cross-over from commercial to public sector experience, as what they generally did was simply present the pitch which they would make to any company about their products.

For example, the one about producing better websites, which boiled this down to ten things they’d learned, was spot on as to a very great extent a website is a website is a website from a user’s perspective. This is the exact same message which people like Gerry McGovern are sending to local government via Socitm’s ‘Better Connected’ work.

As well, the OpenSocial and Enterprise Solutions sessions demonstrated that these Google products have self-evident potential local government uses and they chimed with existing use by individuals present and existing discussion within the ‘local government community’ such as, for example, around open-source/’free’ and nationally with ‘cloud computing‘. (Following the event they set up LocalGovCloud, ‘a place for local government folk in the UK to have a play with some of Google’s enterprise tools’ – this needs pitching at IT bods in lgov)

Less successful were the YouTube, Adsense and Adwords sessions because they weren’t tailored for the audience. I understand that the Google Maps session didn’t address in the presentation it’s issues for local government (to do with Ordnance Survey copyright), despite this being a major discussion is local government circles (though I’d left by then).

I wasn’t impressed that the YouTube presenter felt that 150 hits was quite a lot. Though he did mention the use of video for visual explanation unfortunately he hit on a recycling example.

I’ve presented on YouTube use and written previously highlighting one video on littering which honestly seemed like a few council officers having fun rather than a well thought through online marketing exercise. To do both littering or recycling needs thinking through (i.e. ‘what’s our views target?’ ‘who are we targeting?’) and is probably best done by professionals and either nationally or with a group of councils chipping in.

Better use of Youtube
View more presentations from Paul Canning.

It appears to me that, at the moment, the most likely growth area for YouTube use is with politicians and maybe senior council officers using it.

This has enormous potential to go wrong, as I showed with a hilarious and viral mash-up of Gordon Brown’s now infamous twitch-to-camera video. As well, the clout of those making use of it has the potential to waste budget/officer’s time better employed elsewhere.

Yes, video can be a excellent medium for communication but only if it makes use of being a visual medium. As the Google guy did say, anything which needs to be shown, to be demonstrated, has this potential.

For example, in my presentation I picked a video of a council officer teaching students in a college about local building regulations. That’s a obvious case where the benefit is self-evident and the entry/skill level for production is low. But in order to be sustainable and embedded in local government practice it does need a business case, it needs to be watched, which means marketed, and my presentation gave some ideas on how to do this. This example doesn’t appear to have been promoted properly as it’s only had 50 views – there must be more than that number of local apprentices, architects, joiners and builders for whom it would be useful?

Most if not all of the people there were webbies rather than marketeers or communications people and the YouTube product – as well as, as Ingrid Koeler pointed out, tools like Google Reader and Google Alerts – could perhaps be best demonstrated to a separate audience of those council officers who can get best use of them.

It is also the case with AdWords and AdSense that Google needs to be talking to people other than webbies in local councils, tapping into other networks of officers.

The presentation by Nottingham on their implementation was by a webbie and ended, after some discussion of whether the number should be revealed, with the income being stated as around £15k a year, which I don’t think is a lot.

It was said that this money was used for website development but a missed danger here is that budgets will simply be reduced by that amount in a time of squeezed budgets and backed by arguments that other spending, such as on social services, is ‘more deserving’. If website budgets become expected to be partly raised through advertising what happens when there’s a recession and income drops?

This area needs much more serious work by Google, primarily I’d argue with the more commercial arms of councils. I would bet that most of these operations in councils – tourism, events, sport – are sorely lacking in any knowledge of how to maximise revenue from their web operations, so Google would be pushing at an open door.

Lincolnshire pioneered advertising on their council website but moved from using a big national operator with no experience in local government to one which specialised in council advertising (partly because the revenues were so low). The company they chose had the specific experience selling ads in council print and billboard but no experience in online so will take time to learn how to maximise revenue – there is an example of a gap where Google could move in but it needs to be talking to a different group than council webbies.
Usability and analytics

I did a session on Google Analytics at short notice (slides below). This followed on from the Site Conversion and optimisation bit, which had the excellent ten things they’d learned which ended on a #1 thing to do being usability testing. This meant that despite not being a pre-arranged tag-team with the Google presenter it ended up as a tag-team as we were both essentially talking about the same thing; the basics of producing a good website experience for users.

Both usability and analytics are something deprioritised and deskilled (usually explained as due to a lack of resources) in local government and this is reflected in most of the reviews of the day published thus far (links below). Yet both are vital to users and also to the aim of driving more users through online services. They need way more attention. 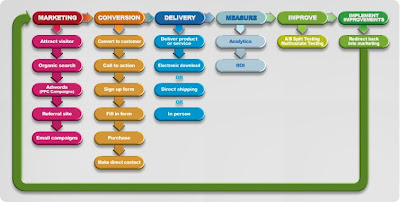 As I said on the day, my impression is that local government has low expectations of service use – the bar is somehow lower. Socitm and others are trying to do something about this, through benchmarking for example, but this is an unsexy area yet an essential one politically because it explains to those making the decisions why budgets need to be maintained and the worth of investing in web.

The frankly laughable move by an individual through FOI requests to benchmark the value of council websites as well as the expose of the cost of Birmingham City Council’s website and the hostility of media like the Daily Mail should serve as a warning of what’s down the road.

As Charles Arthur argues in his piece about Birmingham’s website, yes, moving away from exorbitantly priced monoliths like Serco and Microsoft to open source should be happening but it:

if the political case for the value of websites isn’t made and backed up with facts and examples.
The answer here is education, with both a surface exercise and a deeper one as well available to people online skills development and through face-to-face training. Sorting out how to do both usability and analytics often leads to a haze where the amount of information, options and ideas confuses. The required skill level for entry is perceived wrongly far too often as high. For example, doing simple ‘guerrilla’ user testing is not hard.

I think people need plans and business cases in order to be able to get the resources they need to get the most out of usability and analytics and to know when they need them as well as online education resources to show them what they can do themselves.

Here Google can play an enormously useful role I think. As they have a huge and diverse customer base, they have developed excellent, usable learning tools which have both simple, grounded take-aways and great detail. The Public Sector Web Professionals group has skills development as one of its main aims, so a collaboration seems like an obvious road to go down.

Here’s my slides from the analytics presentation.

Three Ways You Can Craft Better “Thank You” Letters