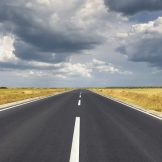 What does it mean to run government at the speed of business?

The five Loaned Executive (LE) teams have stepped up their game: They are now competing for three valuable autographed footballs to be awarded to the winning LE team’s highest-scoring departments. The winning score will be based on the following statistics: percentage of 2010 goal achieved, percentage of total dollars pledged in 2010 vs. 2009 andRead… Read more »