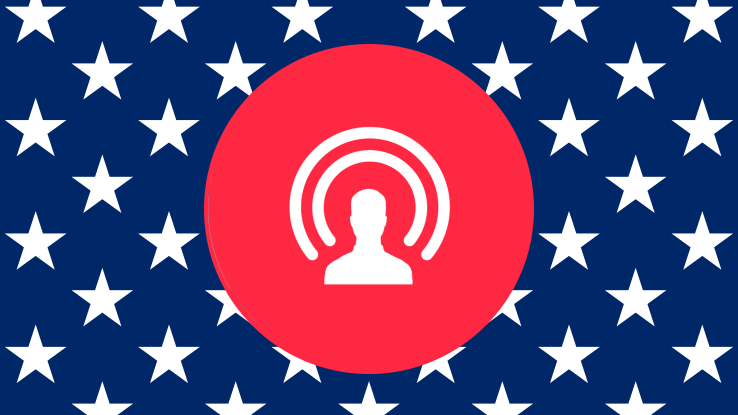 Facebook has been aggressively expanding the availability of its livestreaming service, Facebook Live. Initially available only to public figures, now it’s available to all people, Groups and Events, and Pages—including government agencies.

Now, your agency might not get 807,000 peak live viewers and over 10 million total views like BuzzFeed’s trend-setting watermelon bursting video or the astounding 145 million (and counting!) views scored by ‘Chewbacca Mom.’ But, with enticements like Facebook’s global dominance and the fact that live videos get five times the comments of regular Facebook videos, it’s worth considering Facebook Live for your agency.

It’s incredibly easy to use Facebook Live. The service’s features and capabilities are changing almost every week, so the best resource is Facebook itself. Follow Facebook’s five-step instructions and be sure to review their best practices for a successful broadcast. You can watch Facebook Live videos from any device, but will need an Android or iOS mobile device and the Facebook app to broadcast.

Knowing how to broadcast isn’t enough. What can your government agency broadcast on Facebook Live? What kinds of broadcasts are public sector organizations already doing on Facebook Live that can inspire your efforts to catch the attention of viewers?

The New York Police Department (NYPD) has thundered into livestreaming with a flair for drama.

As part of its #UseItAndLoseIt crusade against the illegal use of ATVs and dirt bikes in New York City, NYPD Commissioner Bill Bratton hosted a Facebook Live video starring a bulldozer crushing a pile of seized vehicles. The action-packed livestream video sparked controversy and plenty of conversation:

Inspiration to take from this example: Use Facebook Live to evoke an emotional response. Build tension, deliver a surprise, share happiness, make people laugh, or cultivate an air of mystery during your livestream.

The U.S. Department of Energy (DOE) is using Facebook Live to take viewers behind the scenes and bring discussions about energy issues to the people.

DOE’s digital team took people on a ride in a 3D-printed Army Jeep from the Oakridge National Laboratory. They talked about wind energy and explored exhibits at the Collegiate Wind Competition. After working through some technical glitches, they got people to geek out on a walk through the White House Science Fair. And, they held a live expert Q&A about rooftop solar:

Inspiration to take from this example: Use Facebook Live to meet viewers’ curiosity with answers and useful resources. People have a lot of questions when it comes to government and the issues agencies deal with. As people post comments with their questions, answer as many as you can live.

Inspiration to take from this example: Use Facebook Live to humanize your agency and demystify the work you do. Show the real people employed by your agency. Be authentic and approachable. Use normal, conversational language your audiences will understand.

The U.S. Department of Commerce long ago got comfortable with authentic, spontaneous feeling videos. It branched out into livestreaming on Facebook in time for the 2016 Hannover Messe trade fair.

At the event, it let people sit down for an intimate conversation with the Commerce Deputy Secretary and a representative from the National Association of Manufacturers. It also got a large audience for its livestream of President Obama and German Chancellor Merkel’s opening remarks:

Inspiration to take from this example: Use Facebook Live to bring experiences to people unable to make it in person. Extend events, conferences, and meetings to wider audiences, go behind-the scenes and backstage, and add engaging elements that offer new value to viewers.

From television broadcasts to its own NASA TV channel, NASA’s been showing the world live video for decades, so its embrace of livestreaming on social media is no surprise.

NASA Astronaut Kjell Lindgren discussed his experiences on the International Space Station. NASA Earth Observatory gave a tour of the North Atlantic Aerosols and Marine Ecosystems Study (NAAMES)‘s C-130 aircraft which contributes to research on the effect of phytoplankton on aerosols. It also let viewers explore its DC-8 flying laboratory:

Inspiration to take from this example: Use Facebook Live to delve into complicated issues. Take advantage of the 90 minute-long archivable videos to extend the conversation, explore details, and get wonky. Or use Facebook Live’s new nonstop streaming go even bigger. Bonus: As you let your livestream video keep rolling, more people will have a chance to tune in.

U.S. Department of the Interior

Staff at the Interior Department have taken to Facebook Live as naturally as they took to Snapchat. They’ve used Facebook Live to show off the D.C’s burst of cherry blossoms and explore the Lincoln Memorial.

They also guided people on a special vertigo-inducing trip up the 896 steps to the top of the Washington Monument, a climb the public hasn’t been able to do since 1971. In the video’s comments, many viewers expressed their appreciation for the behind-the-scenes access.

Inspiration to take from this example: Use Facebook Live to cultivate a sense of exclusivity. Offer content you don’t offer elsewhere. Take people on special journeys. Promise more treats in the future to give people a reason to subscribe to notifications for your future livestreams.

Thank you. Asked FaceBook if they will add closed captioning (CC) for the hearing impaired or those with thick accents.
The News, History channel do this. Not sure why Discovery Channels show “Swamp People” needs CC though 🙂

Alas! I don’t have a special relationship with Facebook to nudge them to take the right step toward accessibility.

Facebook recently launched automatic alternative text for photos (http://newsroom.fb.com/news/2016/04/using-artificial-intelligence-to-help-blind-people-see-facebook/) I’m hopeful that they’re working on the same for video closed captioning. You can stay up to date on Facebook Accessibility news here: https://www.facebook.com/accessibility

Do you know of DOD agencies using Facebook Live? Hoping at least one has broken through the imaginary glass ceiling.

Yes indeed! Military OneSource of the DOD did a Facebook Live Q&A a couple of months ago, and I believe the agency has done other live video streaming https://www.facebook.com/military.1source/videos/10155642705958370/

The Joint Chiefs of Staff have hosted a number of Facebook Live videos. You can find them on the video archive page here: https://www.facebook.com/pg/TheJointStaff/videos/

And, I have no doubt there are many more DoD Facebook Live videos out there!

Beyond the Basics: How to Master Holding a Meeting