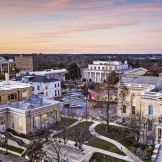 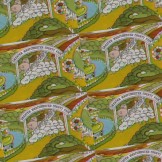 Whenever I think of county government, an annoying ear-worm of a song pops into my head. Backed by a twangy hoedown tune at odds with the county’s New York suburban character, the TV commercial for the Westchester County Fair sang promises of “Rides and attractions! Non-stop action! Shows! Animals! Fireworks, too!” Hokey summertime county fairs were my firstRead… Read more » 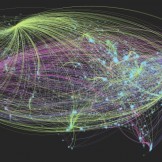 At the Alliance for Innovation’s recent Transforming Local Government conference, Virginia Beach was awarded a 2015 Innovation Award for its shared-service plan with Norfolk and Chesapeake. Too often, people weigh the cost savings and efficiency of shared services against the risk of job loss and political difficulties and conclude it’s just not worth it. In workingRead… Read more » 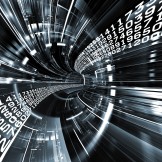 Have you ever attended a budget meeting hosted by your city council? You usually are shown PowerPoint presentations filled with pie charts detailing how funds are dispersed. And you have access to your city website’s complete budget breakdown, including the projected one for the next fiscal year. But it may seem as though local governmentRead… Read more »

Triggered by a range of experiences recently I thought I would reflect on my learning journey. So over the last few weeks I’ve been dipping in and out of my blog posts from the last 5 years and thinking about how things have or haven’t changed or even if some of the things that IRead… Read more »

Remember the potential public health threat back in 2005 regarding Avian Flu. Supposedly chickens in China had contracted a flu which was found to be contagious to humans? Worst yet the desease chickens were then infecting other birds – especially migratory birds. Scientists confirmed that birds from China do in fact migrate to the USRead… Read more »

The federal government’s use of social media—including Facebook, Twitter, Flickr, YouTube, and other sites—draws no end of press coverage, and for good reason: in the past three years, federal agencies have been engaging citizens through Facebook (NASA has more fans than the population of Denver, CO) and Twitter (The State Department has more followers thanRead… Read more »

In my continuing quest to ensure that local governments are recognized for the services they provide to the public, I bring you the first of several profiles of local government CIOs. With limited budgets, constraints from the county and state and under the unending watch of citizens, local technology departments are tasked with providing consistentlyRead… Read more »

In April I wrote briefly about Commissioner Audrey Danner from Moffat County, Colorado and her efforts in using social media to connect with her constituents. I had a chance to sit down with Commissioner Danner earlier this month at the Colorado Counties, Inc. summer conference and talk a bit more about Moffat County using FacebookRead… Read more »

Rural local governments across the country have historically had something of a tougher time than their more populated counterparts when it comes to connecting with their citizens. Greater distances, lower incomes, slower Internet access and hesitancy about adaption of certain communications technologies have proven to be the main challenges. This phenomenon is especially prevalent inRead… Read more »