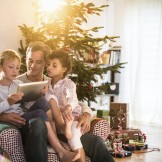 If you’re still not feeling the Christmas spirit yet, maybe President Obama’s decision to give feds half-day off on Christmas Eve will get you in the mood. The president issued an executive order Friday afternoon announcing that all executive branch departments and agencies will close early Dec. 24, and employees will be excused from their duties forRead… Read more » 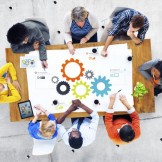 President Obama recently proposed a new White House Leadership Development Program. The goal is to expose rising leaders to the experience of solving challenges across agency boundaries. This could ultimately lead to a new capacity in government – a cadre of experienced executives who know how to get things done collaboratively.  Cross –agency collaboration isRead… Read more » 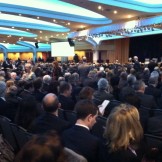 This guest post was written by Dan Chenok, executive director of the IBM Center for The Business of Government. This week, John Kamensky and I were privileged to attend the meeting of Senior Executives at the Washington Hilton, at which President Obama spoke as well as several agency heads. The event helped to frame whyRead… Read more »

On this year’s Memorial Day let’s hope that most Americans take some time to pause, ponder and pay tribute to the heroic soldiers who died in battle serving America throughout our history. More than one million American men and women have died in military service since the Civil War, according to the U.S. Census BureauRead… Read more »

As Americans pause to honor the courageous life and legacy of Dr. Martin Luther King, Jr. we should ask ourselves a profound question: Has the vision articulated by Dr. King in his famous “I Have a Dream” speech become a reality in 21st century America? According to a Presidential Proclamation issued by the White House:Read… Read more »

Here’s some good news for the federal family to start the New Year: at long last, the 3-year pay freeze has started to thaw! For the first time in over 36 months – or more than 1,000 days — hard-working and loyal federal employees will receive a scant 1% pay raise in Fiscal Year 2014.Read… Read more »

Is equal pay or gender-based wage bias a problem in your workplace? In case you missed it, June 10 marked the half-century anniversary of the Equal Pay Act, which prohibits gender-based wage discrimination in employment. One might think that pay equity for women would have been reached after 50 years. Alas, this goal remains fleeting.Read… Read more »

Let’s face it folks, if anyone deserves to be furloughed these days it’s obviously the U.S. Congress. The so-called “People’s House” has become a house of shame – a “Do Nothing” Congress. Our august national legislative body has turned its back on the American people for partisan political purposes and personal political self-interest. Our brokenRead… Read more »

Summary. Last night I had the distinct honor and privilege to participate in the White House State of the Union TweetUp. I arrived in my capacity as a private citizen and student from American University (AU). Earlier in the day, as a fellow invited Tweep (i.e., a fun moniker for those of us who microRead… Read more »

On January 30, President Obama will answer your top-voted questions in a special post-State of the Union interview from the White House. To participate, visit www.youtube.com/whitehouse and submit your question. YouTube videos you submit will drive the interview and will be used to select a few lucky people to join a live Google+ Hangout withRead… Read more »