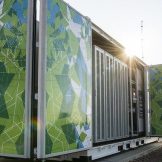 The “Innovation Community Center” (ICC) is a digital hub that will invite internal and external stakeholders to solve challenges using emerging and inventive technologies. 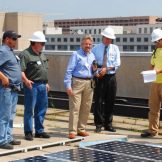 Sometimes agencies lack the time or resources to fully phase out legacy IT systems. According to a March 27 audit from the Energy Department (DoE) Office of Inspector General (OIG), DoE was one of those agencies. 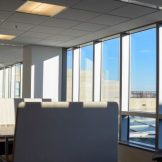 Codified in the Modernizing Government Technology (MGT) Act, the Technology Modernization Fund (TMF) offers agencies parcels of money – that over time have to be repaid – to rebuild their cyber and technology systems. 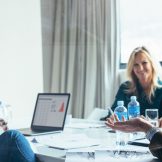 The Chief Information Officer of a federal agency must provide innovative solutions in a challenging budget environment. Hear what these federal CIOs have to say in terms of how they’re navigating. 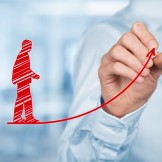 Being a millennial in the public sector is hard. Fortunately, there are young govies out there that we can learn from. Check out this young DOE employee’s story and how he navigates the government workplace.

Does your agency have a knowledge management (KM) strategy? What is your agency doing to protect mission-critical knowledge from walking out of the door when subject matter experts retire or leave? How does your organization encourage corporate knowledge sharing? The biggest challenge I’ve faced with implementing a corporate KM strategy is defining and simplifying itsRead… Read more »

As per current federal statutes, the inability of Congress to agree on ways to reduce the United States deficit will result in $1.2 trillion in across-the-board cuts in federal spending, referred to as sequestration, effective March 1, 2013. According to the American Association for the Advancement of Science (AAAS), this could translate into as muchRead… Read more »

When doing business with government, it’s not always easy for small businesses to get a leg up. Prime contractors have the resources, relationships and tools for capturing significant pieces of business, which can leave smaller contractors behind. Thanks to mentor-protégé programs, small contractors can compete more successfully and develop the innovations that government needs byRead… Read more »

Welcome to the Monday Morning News Kick Off post from the FedConnects blog. We hope you’ve had a restful weekend and are ready to be the smartest and most efficient government or contractor professional possible. Here’s all the actionable news you need to achieve these goals. Happy Monday! Department of Energy Offers Online Training toRead… Read more »

The Office of Management and Budget and the Department of the Treasury launched the Do Not Pay site, an online portal to stop payments for individuals or organizations that have defrauded the government or are ineligible to receive government money. More here. The proposed Cyber Intelligence Sharing and Protection Act (CISPA) has been attacked byRead… Read more »